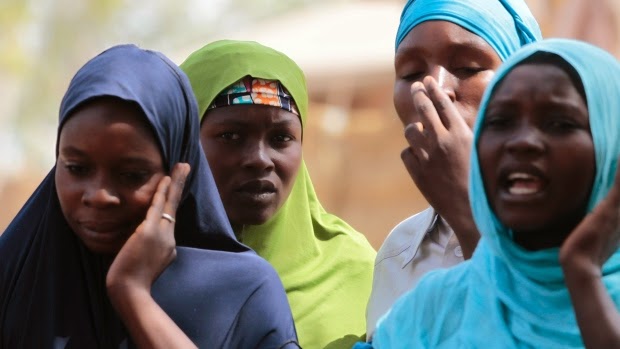 Nigeria’s Boko Haram Islamic extremists have abducted at least eight girls and killed seven hostages after seizing a public bus in one of their most brazen attacks inside neighbouring Cameroon, residents said Tuesday.

Boko Haram, who kidnapped nearly 300 schoolgirls in Nigeria last year in an incident that drew international condemnation, have taken eight Cameroonian girls hostage, said Chetima Ahmidou, the principal of a school in the area. The girls range in age from 11 to 14 and come from the town of Koza, he said.

The bus attack took place Sunday about 18 kilometres from Cameroon’s border with Nigeria. Seven other hostages were slain and their bodies scattered near the border, said Ahmidou, whose brother was the bus driver and was among those killed.

Boko Haram has fought a five-year insurgency against the Nigerian government, launching scores of attacks that left 10,000 people dead last year alone. In recent weeks, the terror group has intensified its assaults on neighbouring countries. Cameroon, Niger, Benin and Chad all have pledged to send soldiers to be in an 8,750-strong multinational force that aims to squash the Islamic extremists.

On Monday, Niger’s parliament voted to approve supporting the mission. The vote came just hours after a car bombing in the town of Diffa, which was blamed on Boko Haram, who had launched three other attacks on the town since Friday.