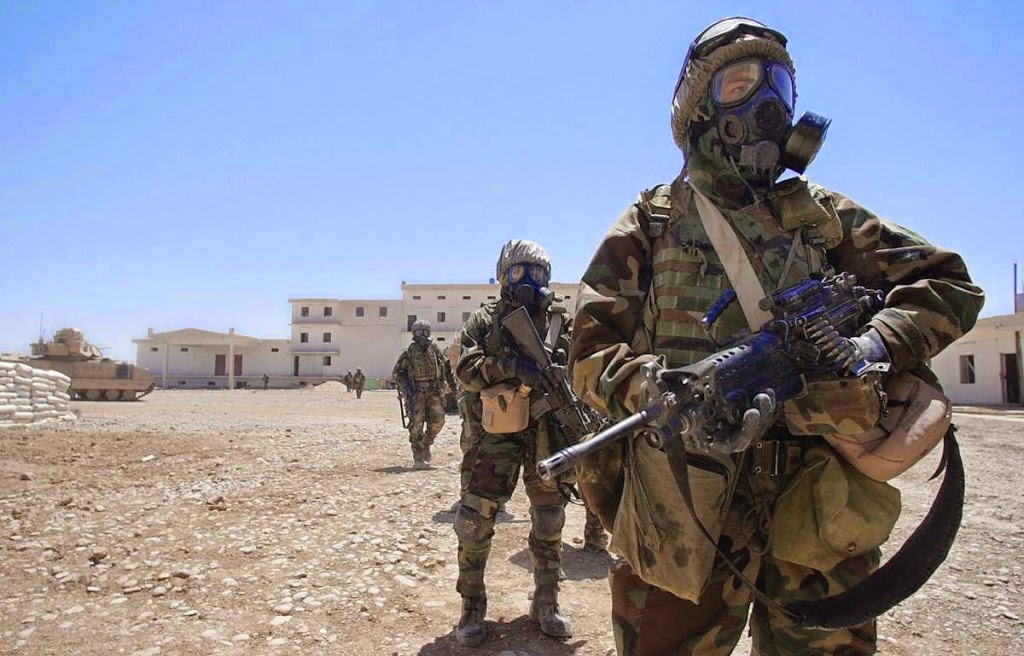 The head of the Organization for the Prohibition of Chemical Weapons says that ISIL is already alleged to have used chlorine gas and is attempting to get access to more.

Ahmet Üzümcü, Director-General of the Organization for the Prohibition of Chemical Weapons [OPCW], has said that reports have reached him of Islamic State members trying to get chemical weapons, and that attempts by his organization to destroy chemical weapons facilities in Syria have been hampered by the country’s ongoing civil war.
Speaking in Tokyo on Tuesday to NHK, Üzümcü stressed the danger that militants could acquire chemical weapons or the means of producing them, and warned that the international community must be alert to such perils.

The UN-affiliated OPCW has been tasked with demolishing the 12 chemical weapons production facilities in Syria which the UN Security Council ordered destroyed in a September 2013 resolution it adopted following reports of a chemical weapons attack on a Damascus suburb in August 2013.

On February 3 this year, the organization announced that the first demolition had taken place, leaving 11 such structures remaining. The destruction “had been delayed due to some technical reasons. I am hopeful that remaining destruction activities will proceed according to the plan,” said Üzümcü in a statement. He added that the OPCW had been able to verify that 98 percent of the chemical weapons which the Syrian Arab Republic had declared were in its possession had been destroyed.

On Tuesday however the Director-General warned that it may take until September to complete the demolitions of the chemical weapons production facilities, and that the organization could miss its original June deadline, citing the restrictions placed on his experts by the continuing war in the country.

In October last year Iraqi government officials told the Western media that its security forces had been poisoned by chlorine gas attacks from ISIL carried out north of Baghdad, and in September Iraqi politician Ali al-Budairi was reported to have told the Iraqi parliament that 300 Iraqi soldiers had been killed by ISIL in a chlorine gas attack in the city of Fallujah.