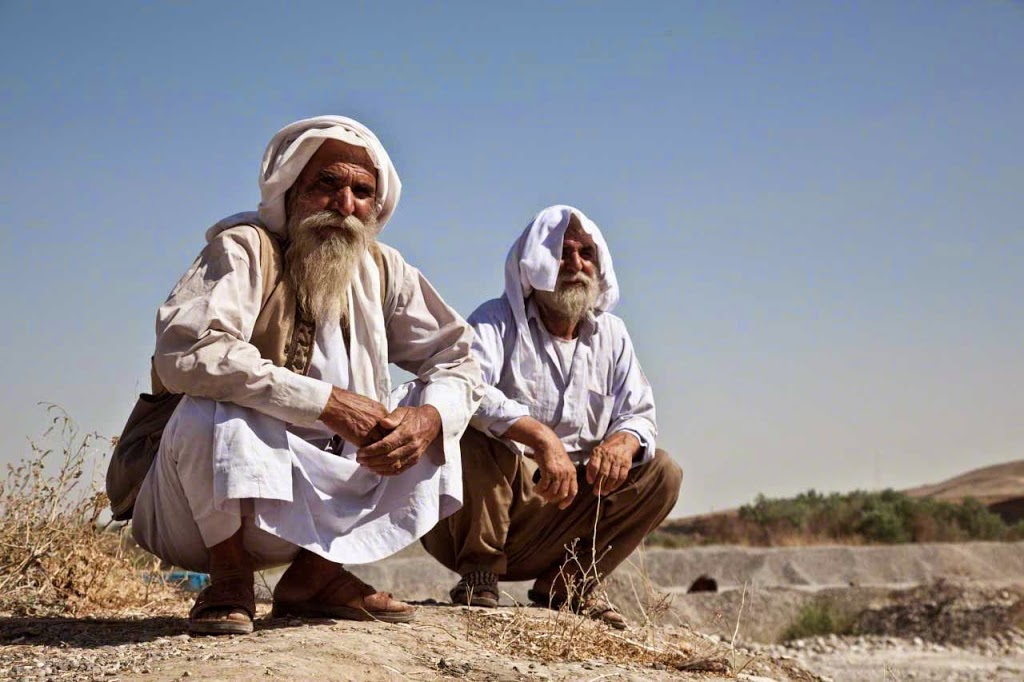 Some members of Iraq’s Kurdish Yazidi minority are turning on their Arab neighbours, staging deadly reprisals against Sunni villagers they believe collaborated in atrocities inflicted by Islamic State on their community.

Yazidi Kurds returning to their northern home area of Sinjar are uncovering one mass grave after another, evidence of Islamic State’s rule from last August until its fighters were driven back there late last year.
Now some are striking back.

More than a dozen Sunni Arab residents told Reuters that armed groups of Yazidis raided four of their villages in Sinjar two weeks ago, killing at least 21 people. A further 17 went missing.

“It was an act of revenge by the Yazidis,” said 41-year-old Dhafer Ali Hussein from Sibaya, one of the affected villages. “The aim is to expel Arabs from the area so that only Yazidis remain: they want to change the map.”

Those who could, fled in the summer heat in an exodus that helped to prompt a U.S.-led airstrike campaign against the jihadist group in both Iraq and Syria.

The identity of the Yazidi assailants is unclear because there are several competing forces fighting Islamic State in Sinjar and blaming each other.

But the reprisals are exposing how Islamic State’s incursion has created divisions between communities that had coexisted for decades, turning one village against another and making enemies of former friends. They also show the risk of similar violence when other groups displaced by Islamic State, such as Shi’ite Turkmen and Shabak, Christians and Kakais, are able to return home.

In the past week, the remains of more than 40 Yazidis were discovered in two bloodstained pits in northwest Iraq.

Residents of Sibaya, now staying in another village about 45 km (28 miles) away, say they helped Yazidis escape in August and stashed away their belongings for safekeeping, even though the jihadists punished those found doing so.

But Yazidis from the nearby Gohbal settlement say Arabs in the surrounding villages sided with Islamic State, looting their possessions and actively participating in what they call attempted genocide.

Sunni residents admitted several men from Sibaya had joined the militants but said they were killed or fled to Syria when Kurdish peshmerga forces drove Islamic State from the area in December.

After regaining control, the peshmerga confiscated weapons from Arab villagers, who began to receive threats from Yazidis, culminating in the attack on Sibaya and Chiri on Jan. 25.

The following day, Yazidi gunmen plundered and torched the nearby Arab villages of Khazuga and Sayer, whose residents had already fled. Peshmerga intervened to prevent attacks on two other villages.

“JUDGEMENT DAY”
Most of Sibaya’s 1,000 residents were sleeping when gunshots signalled the arrival of a military convoy flying the Kurdish flag. At first, they thought peshmerga or Kurdish secret police known as Asayish, both of which recruit local Yazidis, were conducting a routine inspection.

Two Yazidis, one in military uniform, came to 31-year old Nawaf Ahmed’s house and ordered him to hand over his car keys and identification.

“Who does that belong to?” asked the one in uniform, pointing at an electricity generator, which Ahmed explained had been entrusted to him by a Yazidi friend. “You are all Islamic State,” said the other, loading the generator into Ahmed’s car and driving off with it.

Dozens of civilian cars began to arrive from the direction of Gohbal and men, whom the Arab villagers identified as local Yazidis helped themselves to household appliances, vehicles and livestock.

Women said the assailants, dressed in military and civilian clothing, pulled rings off their fingers and stole valuables from their pockets. Many people fled, some hiding in a nearby valley. Those who stayed said they saw the men spread out through Sibaya and pour petrol from jerry cans before setting fire to the village, incinerating several elderly people in their homes.

Kheder Ahmed, a 35-year-old shepherd with mental disabilities, was tending his flock on the outskirts of Sibaya when a car sped up to him. His elder brother, Idrees, watched from a distance as a man got out of the vehicle and shot Kheder before making off with his sheep.

Idrees later took Kheder to hospital in the Kurdish city of Duhok, where he lay last week with a bullet wound to his right side.

On the same ward were six other villagers wounded in the attack, including 11-year-old Raddad, who had been shot twice. “It was like Judgement Day had arrived,” Raddad’s father said.

As Sibaya burned, the gunmen moved on to Chiri, 2 km to the south, where 60-year-old Abdullah Muhammed watched smoke rising from the neighbouring village. One of the militants thrust a machine gun barrel in Muhammed’s chest and ordered him out.

“Where should I go?” Muhammad recalled asking. “Go to hell!” was the reply. “We are the Yazidi state!” Muhammad said he had been spared because one of the assailants knew him personally and allowed him to escape.

Jomaa Marii was less fortunate: he was shot dead in front of his wife. “I saw it with my own eyes,” she said.
Once night fell and the gunmen withdrew, residents of both villages returned to retrieve the dead, protected by peshmerga.

Of the 10 corpses recovered from Sibaya, three were old women, residents told Reuters. Four bodies had been burned, one belonging to a community elder bound to a chair. Eleven corpses were found in Chiri.

AFTERMATH
The villagers Reuters spoke to accused prominent Yazidi fighter Qassem Shesho of involvement in the attacks. Shesho, who is close to the dominant Kurdistan Democratic Party (KDP), confirmed he had been in Sibaya and Chiri that day, but denied his men were responsible.

“Our traditions do not allow for that kind of behaviour,” he told Reuters by phone, instead blaming “extremists” serving a foreign agenda – a reference to the rival Kurdistan Workers’ Party (PKK) and its Syrian affiliate, which are fighting in Sinjar and have formed a Yazidi militia there.

Yazidi civilians took up arms alongside them during a months-long siege of Mount Sinjar by Islamic State last year. Kurdish peshmerga and Asayish officers are also present in the area.

Arabs and Yazidis agree Sinjar will never be the same as it was before Islamic State came, when they were friends and farmed together. Many Yazidis no longer trust the peshmerga to defend them, while the newly displaced Arabs, all from the Juhaish tribe, said they would return to their villages only if Kurdish forces physically separated them.

“It’s not possible for us to live with each other anymore,” said a 60-year old Yazidi man from Gohbal, sitting inside a tent at a camp in the Kurdistan region. “Arabs cannot be trusted, especially the Juhaish: the Juhaish are our enemies.”

He said Arab villages deserved to be attacked: “They destroyed our houses so we want theirs to be destroyed too.”