You are here: Home / Senza categoria / Russian base for Cyprus 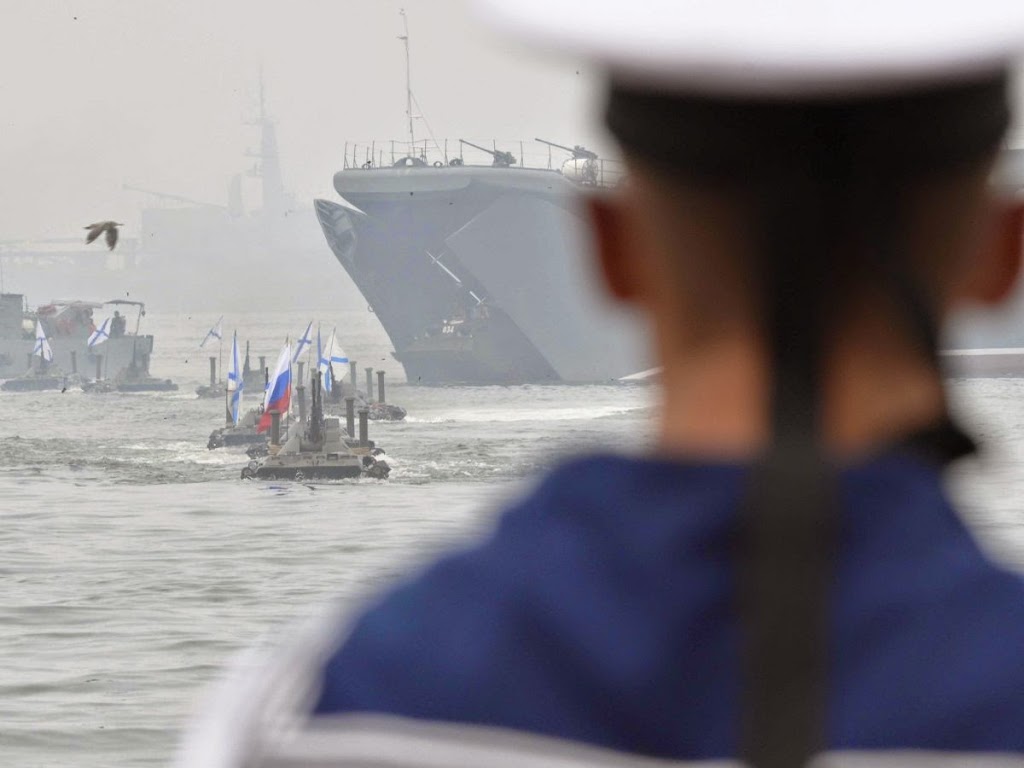 Officially whatever is left from the 1960 Cyprus Republic, it is still “officially” a non-aligned country, even if there is no longer a functional Non-Aligned movement. It seems like a bad joke. On part of its territory there are two sovereign bases of NATO-member Britain. With NATO-member France, it has a special defense cooperation agreement that allows the French to use the Greek Cypriot military facilities, including an airbase.

Again, NATO-member Greece has special and advantageous defense cooperation agreements with the Greek Cypriot state, allowing it to have free access to all military places. Israel has special relations with the Greek Cypriot state. Furthermore, for ages Greek Cypriots have been complaining that Turkey is blocking their admission into the Partnership for Peace programs, if not full membership of NATO. What kind of a non-aligned status that is, however, is difficult to understand.

Could it surprise anyone should someone come up with a claim that Greek Cypriots were offering bases to Russia? Will this be the first time such a flirtation will be in the cards? Was it not the Greek Cypriot Finance Minister Michael Sarris who visited Moscow in March 2013 to offer bases to Russia in exchange of much needed easy loans to overcome the worst financial crisis of south Cyprus in recent times? Did not those talks collapse when the Russians did not find Greek Cypriot offers juicy enough and ask for arrangements enjoyed by the British bases – that is to have sovereign bases on Cyprus?

Through its proxy on Cyprus, the socialist Akel Party, Russians have always been active in Cyprus diplomacy and local politics. There are some claims that the July 15 Greece-engineered coup against Archbishop Makarios as well as the July 20, 1974 Turkish intervention the coup triggered were part of an effort to keep the island drifting into Soviet camp.

It is no secret, anyhow, that if not the sole one Russia before and after the Cold War irrespectively has been one of the staunchest allies of the Greek Cypriots at the U.N. Security Council. Even when relations between Ankara and Moscow appeared to be at their climax, Russia never parted from its pro-Greek Cypriot stance on Cyprus.

Was it not primarily because of Russia that in the post-Annan plan period the report of former Secretary-General Kofi Annan suggesting lifting of the international isolation of Turkish Cypriots blocked at the U.N.? Well, of course there is, as well, always the French connection that whatever odd happens against Turkey and the Turks at the U.N. and other international forums, but that is related more to the Armenian issue and an overall animosity toward Turkey than support for Cyprus.

The latest euphoria over the Russian base on the Cyprus issue was because of a slip of the tongue of President Nikos Anastasiades. He did not even use the word “base” while briefing reporters about upcoming agreements with Russia. He said among the agreements to be signed, there will be one on “providing facilities for emergency and humanitarian operations to Russian aircraft carriers.” Of course there is a difference between “providing facilities” or “offering facilities to facilitate humanitarian operations” and “offering bases.”

Even if they are “sovereign bases” of another country, a Non-Aligned country should at least express discomfort with if such bases on its territory are used in operations against neighboring countries.
The Libya, Syria and Egypt policies of the Greek Cypriot government demonstrate that military facilities of the island have become some sort of NATO facilities. Except for Turkey whoever so far wanted to use them was provided the required facilitations.

In those “good old Cold War days” late Archbishop Makarios was one of the leading figures of the Non-Aligned Movement, along with Joseph Broz Tito of the deceased Yugoslavia and India’s First Prime Minister Jawaharlal Nehru.

Yet, in those times as well, Greek Cypriots were dangling in between Washington and Moscow, effectively employing a tightrope policy and trying to make best use of antagonism between the two… The end result has always been to alienate the Turkish Cypriot population from the rest of the world and consolidate all Greek Cypriot governance as the government of the entire island, even if that contradicted the founding agreements and the constitution of the state.

That policy proved to be successful and is still continuing today. Officially, Anastasiades is talking in Brussels to join NATO if Turkey is be convinced, in Moscow he is offering free use of bases to Russians. Yet no one is talking about the 2010 agreement signed between Israel and Greek Cyprus…

This is a dirty game. Anyhow, Greek Cypriots have officially denied that no bases were offered to Russia, and the world must believe to what’s said…