You are here: Home / Africa / US confirms killing militants in Somalia, Afghanistan 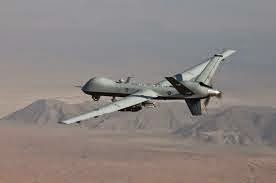 The Pentagon has confirmed death of a number of “terrorists” in US strikes in Somalia and Afghanistan, saying that two “key militants” were among the casualties.

“In a strike south of Mogadishu, using unmanned aerial aircraft and Hellfire missiles, we struck at an Al-Shabaab network and a terrorist group target by the name of Yusef Dheeq,” Pentagon Spokesperson Rear Admiral John Kirby told reporters, late on Tuesday, referring to a military operation conducted in late January.

“What I can confirm today is that we know we killed him and an associate in that strike. We do not assess that there was any civilian or bystander casualties as a result of that,” he said.

Kirby added that on Monday, “US forces in Afghanistan conducted a precision strike in Helmand province, resulting in the death of eight individuals, including Abdul Rauf Khadim, a former Taliban commander” who is believed to have loyalties to ISIL, the Islamic State in Iraq and the Levant.

“We had information that they were planning operations against US and Afghan personnel there in Afghanistan,” Kirby said.

Khadim had been an inmate at the Guantanamo Bay prison, and was released to Kabul in 2007, Kirby affirmed.

On the presence of ISIL in Afghanistan, Kirby said the group “are looking very sharply to see if they’re expanding in other areas outside Iraq and Syria, and we know they have those designs,” but described their activities in Afghanistan as “nascent at best.”

The Pentagon’s assessment, he noted, is that “Khadim” decided to swear allegiance to the ISIL probably no more than a couple weeks ago. And he didn’t have a whole lot of depth to any network resources or manpower when he did it.”

And while Khadim “is proof” that repatriated detainees can go back to the battlefield, Kirby said, the Pentagon still believes, as does the US president, that Guantanamo “should be closed.”

He further asserted that the confirmed deaths of the militants are “both reminders that we’re going to continue to use all the tools at our disposal, financial, diplomatic, certainly military, to dismantle Al-Shabaab and other groups, networks that threaten US interests as well as the interests of our allies and partner nations.”