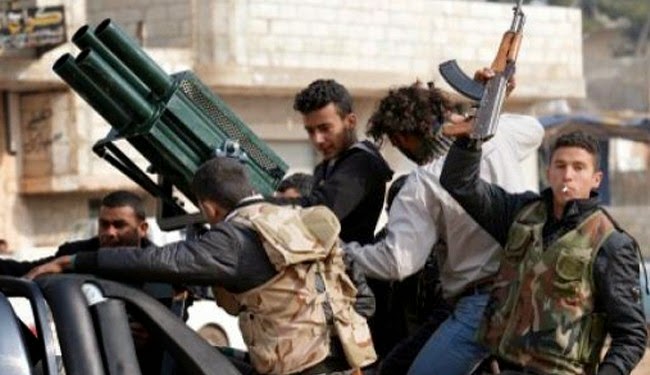 Syria’s army gained ground from rebels in the south Tuesday in what a monitoring group described as a large-scale offensive in the region backed by Hezbollah fighters against insurgents including Al-Qaeda’s Syrian wing.

The south is one of the last remaining areas where mainstream, non-jihadi rebels fighting President Bashar Assad have a foothold. Just a short drive to Damascus, the area remains a risk to the Syrian leader, who has otherwise consolidated control over much of the west.

Abdel-Rahman said the offensive aims to take a triangle of rebel-held territory from rural areas southwest of Damascus to Deraa to Qunaitra. Syrian media and rebel sources said Tuesday that battles raged in several areas of southern Syria.

Unlike the Observatory, a Syrian military source said the army was leading the offensive.

“The Syrian army and its allies, including Hezbollah, are fighting battles against armed groups in Qunaitra and Deraa provinces,” the source told AFP on condition of anonymity.

He added that the goal of the campaign was to “put a stop to the armed men’s attacks, [as they inch] toward the capital.”

Iran has acknowledged sending military advisers and high-ranking officers from the elite Revolutionary Guard to help its ally Assad.

In January, an Israeli airstrike killed six Hezbollah members, including the son of slain top commander Imad Mughniyeh, and an Iranian general in Qunaitra, near the Israeli-occupied sector of the Golan Heights.

Syrian troops had been on the defensive in the south, losing control of large areas of countryside near Jordan as well as parts of the border along with Israel near the Golan Heights, according to regional military analysts and diplomats.

The southern rebels, often described as the best organized of the mainstream armed opposition, see themselves as the last hope for a four-year-old uprising and war hijacked by Islamist militants, and are seeking a higher profile and more help.

But the Nusra Front, Al-Qaeda’s Syrian wing, also has a presence in the region. Islamist insurgents also control wide expanses of Syria’s north and east.

Hezbollah’s Al-Manar news channel said government forces had captured the town of Deir al-Adas and Syrian state television quoted a military source saying the town of Denaji between Damascus and the far southern boundary town of Qunaitra was taken “a number of terrorists were eliminated.”

The leader of a mainstream rebel group in the area said the situation in Deir al-Adas was “dangerous” and that the nearby town of Deir Maker had fallen to government forces.

Syria’s state news agency SANA said the army had also killed insurgents near the town of Sheikh Maskeen, close to the main north-south highway between Damascus and the Jordanian border.

A mainstream rebel group in southern Syria calling itself “The First Army” said in a statement that it had started a battle to take control of Namer and Qarfa in Deraa province and would attack six other locations.

A reporter for the Lebanese Al-Mayadeen news channel, which has embedded its journalists with the Syrian army, said from Qunaitra that the large-scale army operation had cut off an important supply route for rebels from Jordan to rebel-controlled areas west of Damascus.