You are here: Home / Africa / Islamic State in the Mediterranean: the former Libyan Prime Minister ‘They are growing, they are everywhere’ 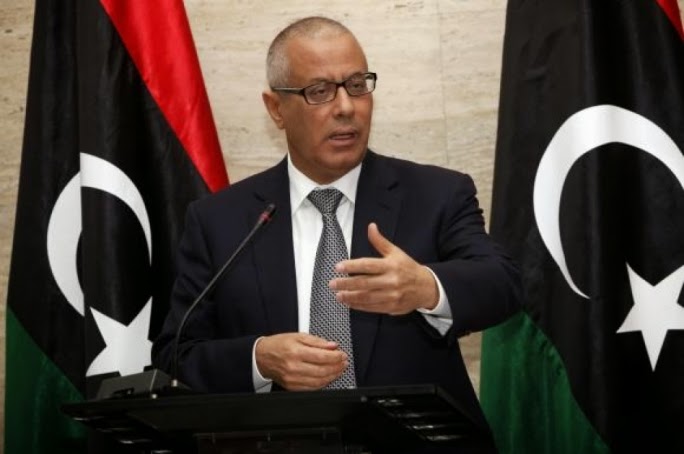 Islamic State will hold territory on the shores of the Mediterranean within two months “unless Britain and its allies help to restore order in Libya,” the country’s former prime minister has warned.

Ali Zeidan, the former Libyan prime minister who was kidnapped by rebel militias from the Corinthia Tripoli hotel during his tenure, said that elements of Islamic State, or Daesh, were present in most major cities in Libya.

His warning comes just weeks after an attack by suicide bombers affiliated to the Islamic State of Tripoli on the Corinthia Tripoli, which left security guards, guests and the attacking terrorists dead after a car bomb was detonated outside the hotel. The suicide bombers later detonated bombs on the top floor of the Maltese-owned property.

Zeidan told The Times of London that “the lack of a fully functioning government and stockpiles of weapons and ammunition seized from the fallen regime of the late Colonel Gaddafi” has made the north African country particularly susceptible to the jihadists.

Zeidan was forced out of power in 2014, with his government the last to hold some form of control over Libya. That fragile control only worsened under the premiership of Abdullah al Thinni, who was forced to take his government into exile in the city of Tobruk after Misrata-led militias from Libya Dawn, took Tripoli.

Al Thinni’s government is internationally recognised, but Libya Dawn’s control of Tripoli is now challenged by elements of Islamic State, which are believed to have mushroomed in the city of Derna, which has long held fundamentalist elements.

In a visit to London last week to meet British politicians, Zeidan urged the West to intervene in Libya in an attempt to plug the power vacuum there.

He expressed fears that Isis would seek to extend its caliphate from northern Iraq and Syria to Libya.

“They are growing. They are everywhere,” Zeidan told The Times of London.

As the newspaper reported: “He appeared to express concerns that the core Islamic State might be close to extending its reach to the shores of the Mediterranean. He said that Isis’s homegrown Libyan faction had a growing presence in most of the main cities and was drawing in fighters from rival Islamist factions.”

Since the death of Gaddafi in 2011, Libyan governments have been unable to force rebel militias to lay down their arms, and have suffered indiscriminate losses in oil revenues paid out to militias to buy the peace.

Zeidan fled the country in March 2014 after being ousted by parliament when he lost a confidence vote.

“I hope the international community are taking this seriously,” Zeidan said. “In Libya, the situation is still under control. If we leave it one month or two months more I don’t think you can control it. It will be a big war in the country and it will be here in Europe as well.”

Prime Minister Joseph Muscat has also warned that Libya could become a failed state. In Germany, he told German Chancellor Angela Merkel to support calls for a United Nations peacekeeping force should Libya request an intervention to support its government building process.

A UN-facilitated Libyan political dialogue process has started in Geneva under the direction of Special Representative of the UN Secretary General Bernardino León.

On Monday, the EU said it fully supported the efforts of the Special Representative and the UN Support Mission in Libya, saying that there was “no military solution to this conflict”.

“Only a political solution can provide a sustainable way forward and contribute to peace and stability in Libya. It is critical at this stage to have an unconditional ceasefire that it is respected (and upheld by all sides.”

EU foreign ministers also condemned the attack on the Greek vessel on 4 January that resulted in the loss of lives of EU citizens, and the attack against the Corinthia hotel in Tripoli on 27 January.

That attack is claimed to have been a revenge operation over the death of Al Qaeda suspect Nazih al-Ruqai, also known as Abu Anas al-Libi, in a U.S. hospital in January. Libi, an alleged former al Qaeda operative, was snatched by the CIA in 2013 in Libya, for his alleged role in the 1998 U.S. Embassy bombings in Kenya and Tanzania. Those two bombings killed 224 people, including 12 Americans, and injured thousands more.

“Terrorism has no place in the future of a peaceful and democratic Libya,” the EU ministers said. “The EU is concerned by evidence of increased activity of terrorist and extremist groups and recognizes the potential threat that these groups present to the future stability of the country, region and the EU.”

“The EU remains strongly committed to the sovereignty, independence, territorial integrity and national unity of Libya,” the foreign ministers said.

In October 2014, Libyan jihadist group Majlis Shura Shabab al-Islam, or Islamic Youth Shura Council (MSSI) announced it had claimed territory in the city of Derna as part of the ‘caliphate’ that the Islamic State is seeking to extend over the Muslim world.

MSSI said the territory controlled in Derna was now part of the caliphate, refashioning the city as Wilayat Derna, the province of Derna within the Islamic State.