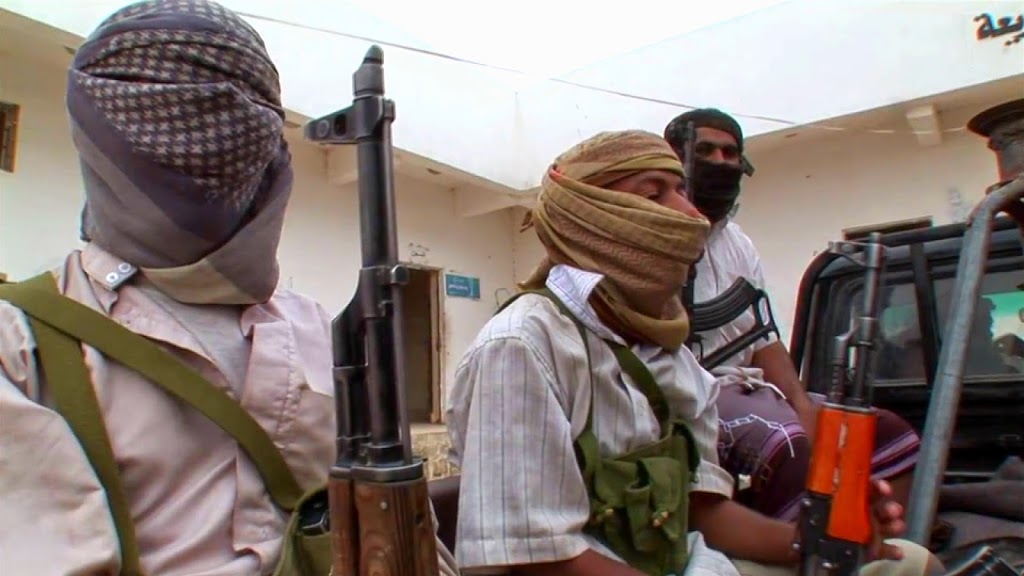 A group of Islamic militants in Yemen repealing allegiance to al-Qaeda leader , Ayman al-Zawahiri and pledged allegiance to the leader of the Islamic state, as reported by a message posted on Twitter quoted by SITE website , which tracks the US jihadi groups sites on the Internet
.
It was not possible for SITE to immediately check the authenticity of the statement posted on Twitter and is believed to be supporters of Al-Qaeda in the Arabian Peninsula, which is based in central Yemen
.
Al-Qaeda is in the Arabian Peninsula is considered the most powerful branches of al-Qaeda, led by al-Zawahri. Previously, al-Zawahri rejected the   Islamic state organization’s power , that announced Caliphate State in Iraq and Syria

Events have developed at a fast pace in Yemen since Shiite Houthis dominated officially the power last week. Al-Qaeda in the Arabian Peninsula vowed to eliminate Huthis which has stoked fears of civil war

Supporters of Al-Qaeda in the Arabian Peninsula wrote that “we announce the formation of armed battalions to kill Shiites in Sana’a and Dhamar”.

Militants in Egypt’s Sinai Peninsula and in Libya have joined the Islamic state in a sign of the competition to win the loyalty between the Islamic militants who are fighting the countries in the Middle East and North Africa.