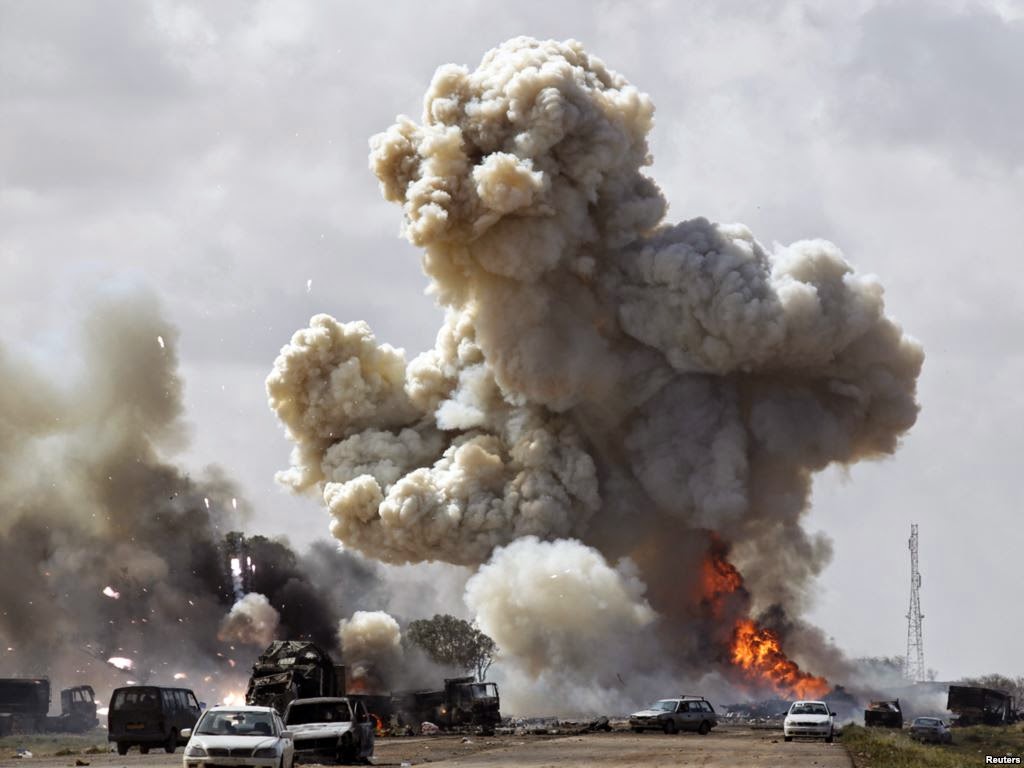 Forces from Libya’s internationally recognised government carried out air strikes on Maitiga airport in Tripoli and on an airport in Misrata town on Tuesday to retaliate against rival forces controlling the capital, a security official said.

Saqir El-jaroshi, air force commander for the recognised government, said the strikes were in response to attacks on Zintan airport by forces allied to the Libya Dawn group, which took over Tripoli last year and set up its own government.

A source at Maitiga airport in the Tripoli said the strikes had hit an area near the runway, but did not cause any major damage.