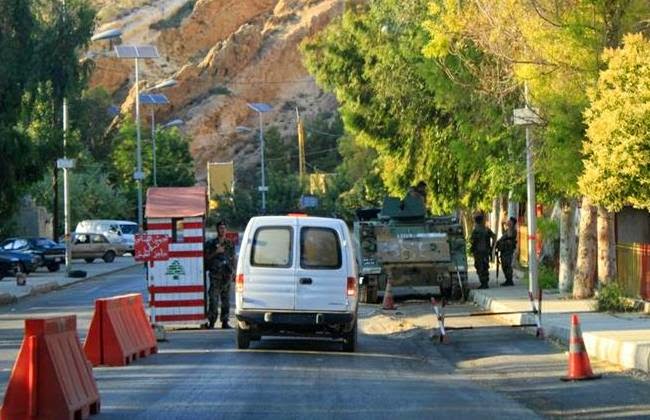 A security plan kicked off in the eastern Bekaa Valley before dawn on Thursday, the National News Agency (NNA) reported, with security forces raiding towns and searching for fugitives.

According to the NNA, the Lebanese army and Internal Security Forces (ISF) raided Hor Taala, Brital and other neighboring villages in search of wanted drug suspects and kidnappers.

Interior Minister Nouhad Machnouk said Tuesday that the security plan was “ready” and would involve 1,000 army troops backed by 500 members of the ISF.

The Bekaa campaign came after a series of similar initiatives in northern Lebanon, especially in Tripoli’s restive neighborhoods of Jabal Mohsen and Bab al-Tabbaneh last year.

Hundreds have been killed in fighting between the two neighborhoods since the outbreak of the war in neighboring Syria. Fighters in the neighborhoods back opposing sides in the war.

Bab al-Tabbaneh and Jabal Mohsen both suffer from deep poverty and marginalization, and many fighters have said they would not have fought had they had jobs.

In recent months, Lebanon’s army has fought several battles against jihadists streaming in from across the restive border with Syria.

The deadliest battle took place last August in the border town of Ersal with jihadists of the Islamic State of Iraq and Syria (ISIS) group and al-Qaeda’s Syria branch, al-Nusra Front.

The Ersal violence left 16 soldiers dead and 85 wounded, while dozens of jihadists are said to have been killed, along with three civilians.

Islamist militants withdrew from the town to its outskirts, taking with them 25 captive Lebanese soldiers and policemen, four of whom they have since executed.

In October, Lebanese troops fought deadly clashes with ISIS and Nusra jihadists in the northern city of Tripoli.

The fighting left 42 people dead, including 11 soldiers and eight civilians.

ISIS has captured large swathes of land in Iraq and Syria, declaring what it calls a cross-border Islamic ‘caliphate,’ killing thousands and displacing millions in the two countries.