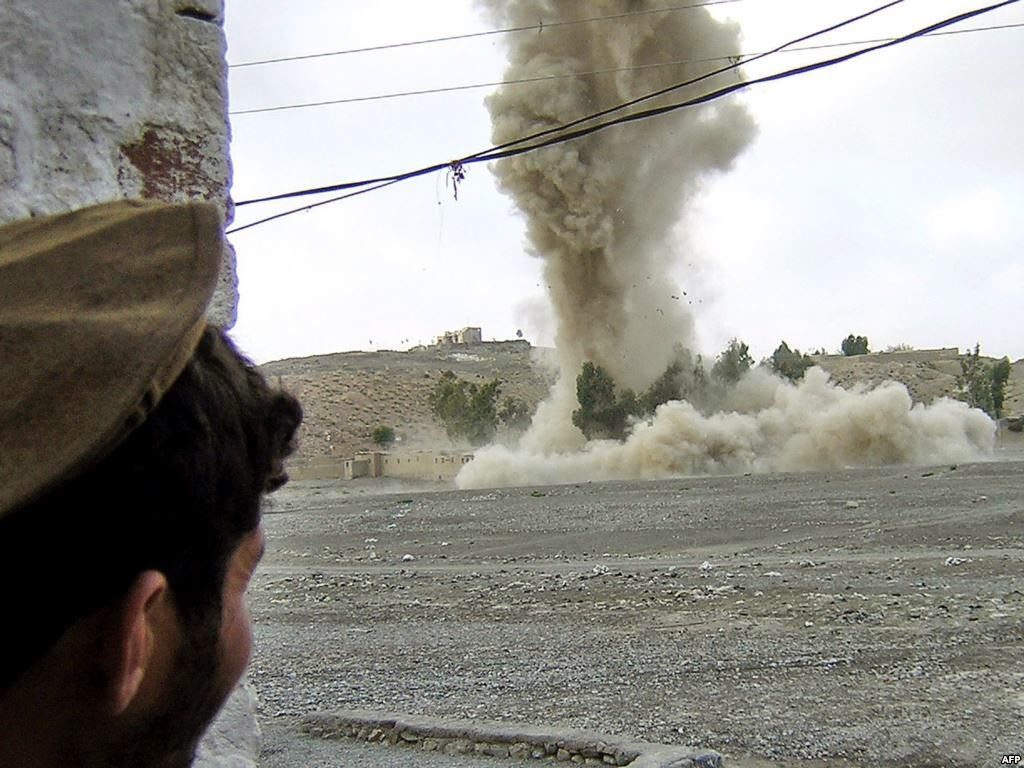 Nine militants involved in planning the attack on the Army Public School in Peshawar were killed and scores of others injured on Wednesday in a drone strike in the Nazyan area of Afghanistan’s Nangarhar province.

Official sources said that the drone fired two missiles on a compound in the Nazyan area near the Pak-Afghan border.

According to security officials, militants based in the Nazyan district had planned the devastating attack on the Army Public School, Peshawar, which left over 150 people dead, including more than 130 schoolchildren.

Strikes against militants have increased on both sides of the border since the attack. Pakistani security forces have also been carrying out ground offensives in the Khyber Agency, particularly in Tirah Valley, which borders Nazyan. — INP

Our correspondent adds from Bannu: Security forces arrested some suspected militants and destroyed five of their sanctuaries during a search and strike operation in Janikhel, Frontier Region (FR), Bannu, on Wednesday.

The sources said the security forces launched an operation in various areas in Janikhel and arrested some suspected militants and destroyed five of their sanctuaries, besides seizing heavy arms from their possession.