You are here: Home / Senza categoria / Islamic State agenda of emerging as sole arbiter of Jihad in Indian subcontinent 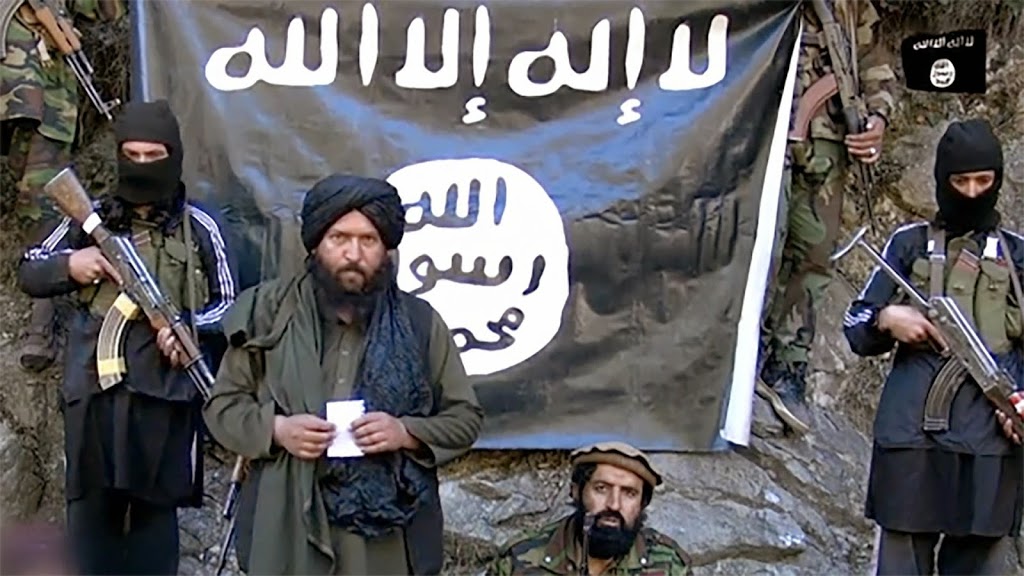 Sartaj Aziz, Advisor to the Prime Minister of Pakistan on National Security and Foreign Affairs, has of late, shown this penchant for brushing aside all talk of the presence in Pakistan of the Islamic State of Iraq and Syria (ISIS) now popularly called the Islamic State (IS) and also “Daish.”

The situation on ground, however, does not offer scope for such optimism; the optimism is yet another reflection of the state of denial that successive governments in Pakistan have gained notoriety for.

How would Aziz explain away the presence of the black standard of the IS on the electricity poles of Lahore? How would he explain away the detention of an alleged IS members Yousaf Al Salafi and his accomplices once again in Lahore? These persons are said to have come from Turkey a few months back and are busy carrying out recruitment for the Syrian war.

How would Sartaj Aziz explain away the alleged nexus between the Daish and the Lashkar -e-Janghvi (LeJ) with a common agenda to persecute minorities of the nation, particularly Shia Muslims?

Even more worrisome is news from Bangladesh where, four suspected members of the IS have been arrested. The senior among them, Mohammad Sakhawatul Kabir, on interrogation by Dhaka police, has confirmed that he and his accomplices have received training in Pakistan.

Whatever Aziz may want the world to believe, the fact is that militancy-infested Pakistan has taken to the IS like fish takes to water. The manner in which the IS leader Abu Bakr al Baghdadi openly addresses his cadre and the manner in which the IS has occupied territory and declared a Caliphate, is a source of inspiration for Pakistani militants whose own leaders and role models like Mullah Fazlulla and Mullah Omar remain in hiding perpetually. Pakistani militants now identify more with the IS tactic of holding ground and controlling territory rather than pursuing terror tactics advocated by al Qaeda.

The IS, on its part, is also quite determined to register its presence in both Afghanistan and Pakistan. One of the demands that it made to free American journalist James Foley was the release of Aafia Siddiqui, a Pakistani neuroscientist serving an 86-year-long prison term in the US. Siddiqui was an active member of al Qaeda, and has been convicted by a US District Court on seven counts, including attempted murder, and more significantly, assaulting US officers.

The IS has also aligned with a faction of the Tehreek-e-Taliban Pakistan (TTP) and gone to the extent of declaring its commander, Hafez Saeed Khan, as the “Governor of Khorasan.” Khorasan is an area encompassing Afghanistan, Pakistan, parts of the Central Asian Republics, China, and of course, India.

The IS are determined to extend their Caliphate into this province, and from there, launch its international Jihad. Reports suggest that it has instituted a “strategic planning wing” that is spearheading its operations in Pakistan.

The objective is to highlight the shortcomings of the existing militant movement and thus establish its credentials as a viable option; once it succeeds in garnering adequate militant strength, it will formally wage war against the Pakistan Army and other security forces under its black banner; simultaneously it will inflict its traditional atrocities against the ethnic minorities primarily the Shia community of Pakistan and also the remnants of Hindus, Christians etc. now left in the country. Once the IS gains a foothold, it will simply overwhelm al Qaeda and the TTP to emerge as the sole arbiter of Jihad in the subcontinent.

The IS is bound to look at its ingress into India through the Kashmir Valley, onwards to the entire state of Jammu and Kashmir, and then on to the rest of the country. The call will be for the “liberation of the Sunni brothers of Kashmir from the oppressive yoke of the infidel.” The preparatory stage will be based on spread of propaganda and dissidence in Jammu and Kashmir mainly through the use of social media and other forms of communication.

While being prepared for any onslaught on Indian territories that the IS might launch, India also has to consider the outcome of the genocide that it is likely to be unleashed on minorities in Pakistan. A majority of the Shias are from Gilgit-Baltistan and in effect citizens of India, whose protection is a moral obligation for the country; India also has the third largest population of Shia Muslims in the world whose sensitivities will need to be kept in mind. Similarly, the Hindus and Christians of Pakistan have a historic affinity with India; the moral obligation to protect them goes beyond the humanitarian aspect.

Should the IS succeed in its nefarious agenda the attendant atrocities will create a huge refugee problem that will definitely spill over into India and strain the country’s resources terribly. One needs to take lessons from the holocaust in East Pakistan now Bangladesh to get an idea of the magnitude that the problem can attain.

India needs to remain alive to the impending crisis and have all options in place to deal with it as it gains momentum. There is no point in reacting once the tidal wave has burst. As a start-up there is a need to create awareness about the plight of the people of Gilgit-Baltistan. Diplomatic and moral support should be extended to them in their struggle against the state of Pakistan and more so the militant organisations like the LeJ that it has spawned. On the domestic front a keen eye has to be kept on the efforts being made by divisive forces to in ignite a religious flame in Jammu and Kashmir, especially the Kashmir Valley.

The idea of ISA gaining a foothold in the Indian subcontinent may look a little far-fetched today, but if not nipped in the bud, it will definitely ignite into a flame and sweep across the region, causing death and destruction in its wake.