You are here: Home / Africa / 25 dead in Boko Haram raid in Niger 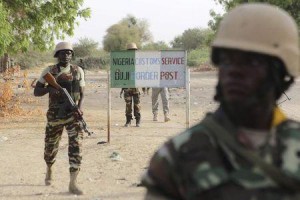 Around 25 people have been killed in a Boko Haram attack on a village in southern Niger and subsequent clashes between the Islamist militants and the army, two Niger military officials said.

Fighters from the Nigerian militant group killed five civilians in their initial attack on Wednesday on the village located in Niger’s Bosso district. Niger soldiers drove back the militants, killing around 20 of them, the officers said.

“Reacting quickly, the government’s forces were able to push them back. Most of the Boko Haram elements have been neutralized,” said one of the officers, based in the Diffa border region of the west African state.

“The situation is under control and we are carrying out clean-up operations,” he added.

A senior government official later denied the reports of the raid on the village and the army’s counter-attack and told Reuters no one was killed.

Boko Haram has ramped up cross-border attacks into Niger, Chad and Cameroon from its strongholds in northeastern Nigeria in recent months.

Almost a third of Diffa’s nearly 600,000 inhabitants have been displaced by the violence.