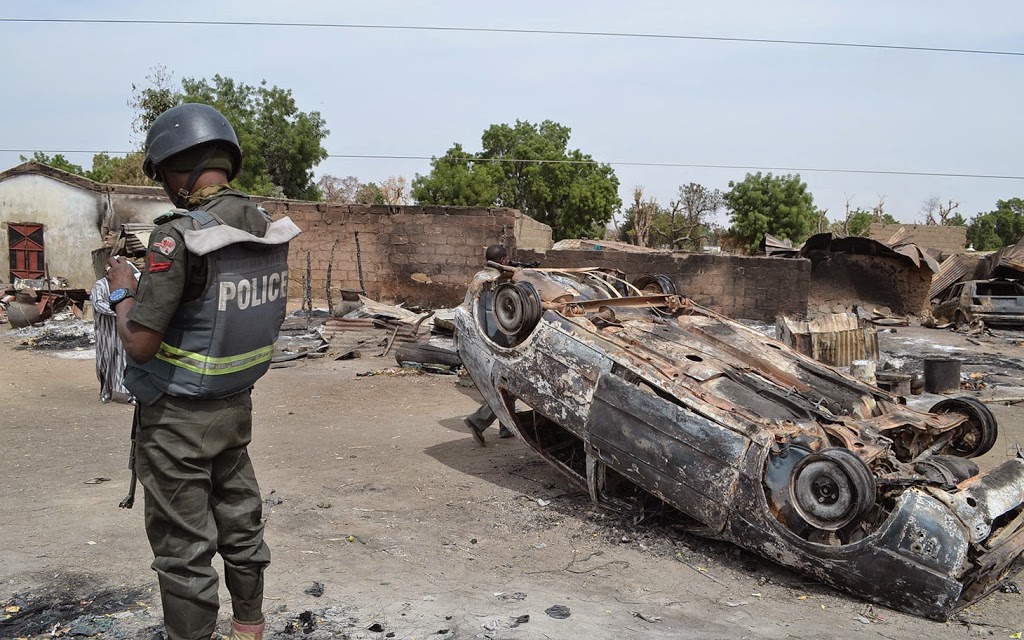 At least 15 people were killed on Thursday and several others were injured in an explosion at a crowded market in the north-eastern Nigerian town of Biu.

The attack was believed to have been carried out by a female suicide bomber.

“The scene of the attack was littered with human body parts and blood stains,” said a rescue worker who wanted to remain anonymous.

Thousands of people have been killed in the last six years since Boko Haram embarked on a terror campaign to impose strict Islamic rule in Nigeria. Boko Haram has terrorised northern Nigeria, attacking police, schools and churches, as well as civilians and government buildings.

The suicide bombing in Biu is the first major terrorists attack in Nigeria since the country’s National Electoral Commission (INEC) announced the postponement of presidential and parliamentary elections from Saturday to 28 March citing security concerns over Boko Haram activities in north-eastern Nigeria.

INEC chairperson Attahiru Jega said the postponement was inevitable because the military needed at least six weeks to conclude a major military operation against the insurgency in the north-east.

The military may not be able to support the police and other agencies during the election because it will be concentrating its attention “in the theatre of operations”, Jega said on Sunday when he announced the postponement of the elections.

It remains unclear if the planned military operation will go far enough to guarantee enough security for the elections to take place.