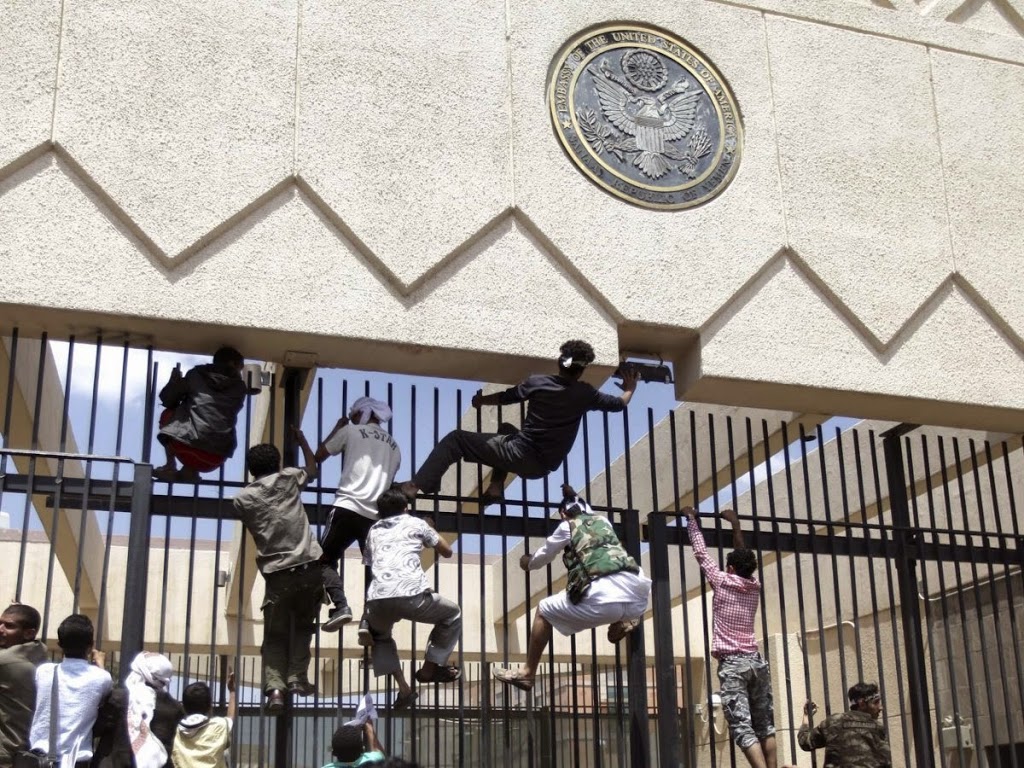 Violence in Sanaa, the capital city in Yemen, has been increasing after the al-Houthi ethnic group completed its coup last week, and took complete control of Yemen’s government.

Anti-Houthi demonstrations have been growing, and Houthi militias have been using force to disperse crowds. The al-Houthis are an Iran-backed Shia militia, and their slogan is: “God is the Greatest. Death to America. Death to Israel. Damn the Jew and Victory to Islam.”

Fearing an assault, the U.S. on Tuesday closed its embassy in Sanaa and evacuated all personnel. As soon as U.S. officials left the capital, the Houthis seized more than 20 vehicles from the evacuated embassy.

Yemen is the home of Al-Qaeda in the Arabian Peninsula (AQAP), which the U.S. has been fighting with the cooperation of the preceding government. It is not clear whether the new al-Houthi government will agree to continued attacks on AQAP, particularly the drone strikes, but the al-Houthis themselves also would like to see AQAP defeated.

Yemen becomes the third Arab country to lose its American embassy since December 2010, when the “Arab spring” began, creating turmoil in one country after another throughout the Mideast. The Syrian war forced the closure of the US embassy in Damascus in February 2012, and the dissolution of Libya’s government forced the closure of the embassy in Tripoli in July 2014.

On January 8, 1991, looters in the army of the government of Somalia fired rocket grenades in the capital city Mogadishu, leading to the famous “Blackhawk down” incident. The U.S. embassy was closed, and all diplomats and employees were evacuated.

In July of last year, President Obama appointed Omar Abdirashid Ali Shamarke to be the first U.S. ambassador to Somalia since 1991. However, Sharmarke will work out of the American embassy in Nairobi, Kenya.