You are here: Home / Senza categoria / ISIS getting closer to direct combat with U.S. troops in Iraq 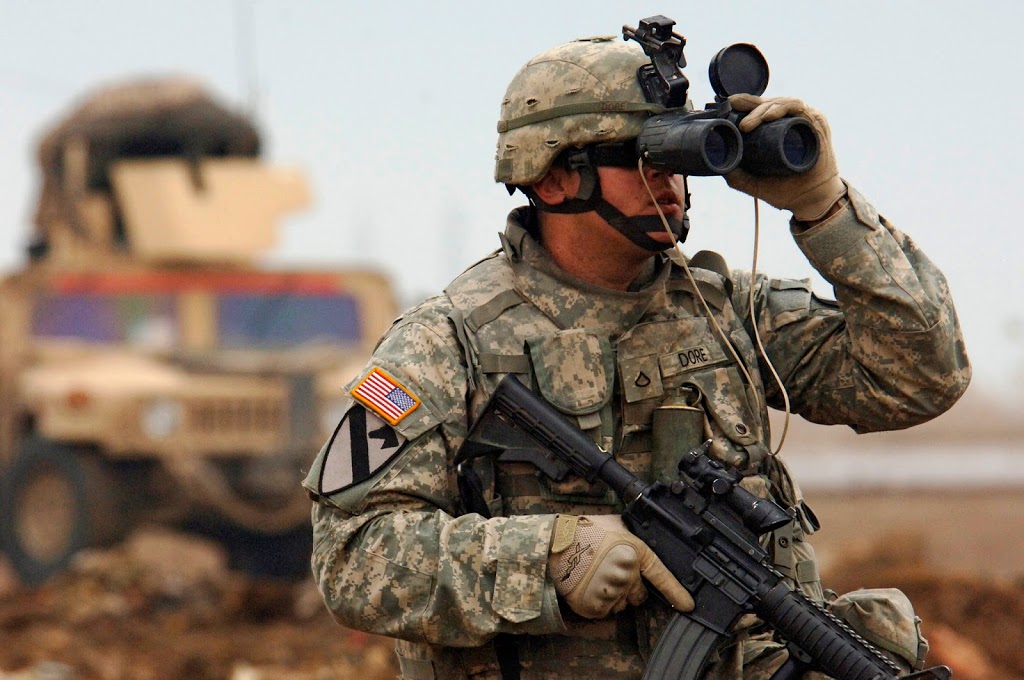 On Thursday afternoon, a series of unconfirmed reports indicated that forces loyal to the Islamic State in Iraq and Syria had surrounded a base in which 320 United States Marines were stationed.

Those reports were particularly disturbing because they came on the heels of a dispatch which indicated that ISIS forces had taken control of areas in al-Anbar province near the al-Asad Airbase where American advisors are training Iraqi Security Forces.

“Ninety percent of al-Baghdadi district has fallen under the control of the insurgents,” district manager Naji Arak told Reuters by phone.

Militants attacked al-Baghdadi from two directions earlier in the day and then advanced on the town, intelligence sources and officials in the Jazeera and Badiya operations commands said.

The officials said another group of insurgents then attacked the heavily-guarded Ain al-Asad air base five km southwest of the town, but were unable to break into it.

About 320 U.S. Marines are training members of the Iraqi 7th Division at the base, which has been struck by mortar fire on at least one previous occasion since December.

Shortly after this report was published, the Pentagon insisted that no American troops were in any danger of coming into direct contact with ISIS forces. There are, however, reports of skirmishes between Iraqi forces and ISIS occurring just outside that base.

That base has been a target of ISIS attacks in the past. In December, al-Asad was subject to shelling from ISIS positions which approached areas where U.S. troops were stationed. In early January, Time noted the acute threat that this base faces now that it is positioned at the front of Iraq’s war against advancing ISIS forces.

Al Asad air base was the second-biggest U.S. base in Iraq during the 2003-11 Iraq war. About 100 miles west of Baghdad in Sunni-dominated Anbar province, the base sits on the Syrian Desert. About 320 U.S. troops are now there, earning hazardous-duty pay while training Iraq’s 7th Infantry Division to take on ISIS. There are just over 2,000 U.S. troops now in Iraq, and Obama has authorized the dispatch of 1,000 more.

There have been grim reports from the region in recent weeks. The BBC reported Dec. 19 that the base “has been encircled by militants from Islamic State (IS).” Four days later, Radio Free Europe/Radio Liberty, a branch of the U.S. government, reported that Iraqi military forces and tribal fighters, backed by U.S.-led air strikes, had thwarted an ISIS effort to overrun the base.

“Al Asad air base has received some indirect fire in the last week or so, couple of weeks,” Rear Admiral John Kirby, the Pentagon press secretary, told CNN Monday. “It happens frequently, but it’s not like multiple attacks every single day.” The Pentagon, he says, calls it “unguided— it’s just random, sporadic, you might get one, one day, and three the next day. It’s done no damage, it has hurt nobody.”

That might have been reassuring at the time, but it’s cold comfort now that ISIS militants are taking control of the towns surrounding this base. Sporadic and infrequent may soon evolve into targeted, regular, and threatening.

“I’m convinced the U.S. should not get dragged back into another ground war in the Middle East,” President Barack Obama said when submitting to Congress language that will form the basis of a new authorization to use force against the Islamic State. “That’s not in our national security interest, and it’s not necessary for us to defeat ISIL.”

It is undoubtedly Obama’s intention to avoid creating a situation where American troops are forced to engage ISIS but, as they say, the enemy also gets a vote.