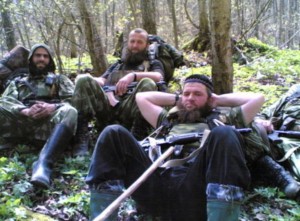 RIA news agency also quoted Smirnov as saying that in total there are about 3,000 Central Asian nationals fighting within Islamic State groups.

Speaking to journalists, Smirnov said that the problem of migrants fleeing the Middle East to Europe is only likely to increase, posing potentially a “great threat” for Russia.

“The assertion that Moscow’s support negatively impacts the situation in Syria – and the flow of refugees in particular – is not true. This is due to the expansion of Islamic State in the region,” he said.

Hinting at the United States, Smirnov said that there are “some countries that try to evade” international cooperation on fighting terrorism.

“There is a cooperation but not at the right level – especially with the United States,” he said.