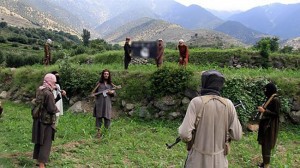 At least 24 Daesh insurgents have reportedly been killed in a military operation in eastern Nangarhar province in Afghanistan.

The operation was launched in Achin district of the province and a number of villages to clear all insurgents.

“Most parts of Achin have been cleared of insurgents but the operation is ongoing,” an official statement said.

However, further details about the operation was not provided.

Daesh is active in five districts of the province, mostly in Achin.

In recent months, Afghan and foreign troops have increased air operations in the eastern parts of Afghanistan in which dozens of Daesh insurgents have been killed.