You are here: Home / Senza categoria / Libya’s power blocs are fracturing, no one can tell who holds real authority 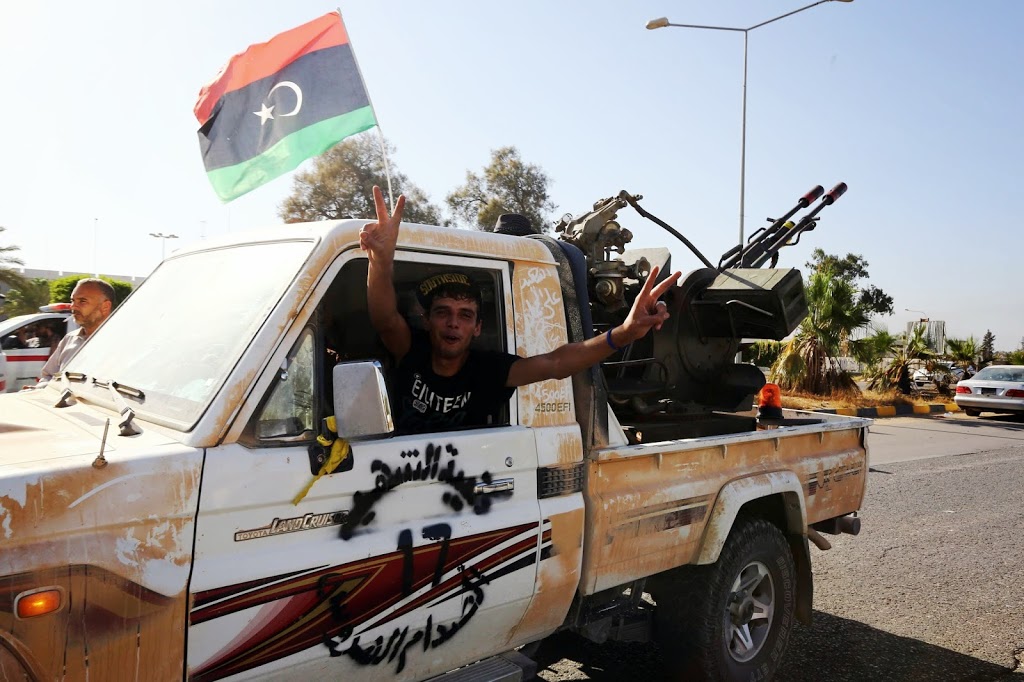 For peace negotiations to successfully halt a conflict, three conditions are usually required: the existence of discrete warring parties, represented at the talks by acknowledged leaders, each of whom possess sufficient clout to enforce any agreed upon peace terms on their supporters.

Despite the heroic efforts of international mediators and the courageous confidence building measures embraced by the negotiations’ participants, Libya’s current civil war lacks all three prerequisites for a mediated solution to hold. Unlike in the 2011 anti-Gaddafi uprisings, Libya’s current war is fought between loose blocs rather than discrete factions.

Furthermore, power has so fragmented that no one can actually point to who holds real authority. The tribes, the local councils, and the rival parliaments all hold some sway and possess a modicum of independence of action, but in fact, it is the men with guns who form the bedrock on which the politicians’ and traditional leaders’ influence is built.

And inconveniently, there are no command and control structures which unambiguously govern the relations of the various militias which comprise the warring blocs. Therefore, speculating which militia actors actually call the shots and can impose their will on the communities they claim to represent is incredibly difficult, not least because Libyan hierarchies of power – and the alliance system that undergirds them – are constantly shifting.

Dawn v Dignity
In the second half of 2014, it was useful shorthand to think of Libya’s post-Gaddafi power scramble as being waged between two main factions: Misratan-led Libya Dawn and the Western/Egyptian-aligned Operation Dignity. However, fracturing within these broad divisions means this shorthand is no longer sufficiently accurate to be of value.

This week, the UN pulled a rabbit out of a hat by bringing the talks back to Ghadames – calling the bluff of one faction of former parliamentarians who previously insisted on boycotting the talks on the grounds that they were not being held in Libya. Yet, despite including a greater range of stakeholders than ever before, it was clear that those who sat around the table still don’t have the power to stop the war.

So this makes you wonder, what are the talks’ real purpose? Their immediate aim is not actually to bring peace to Libya (which, of course, they would love to achieve, but is an unreasonable short term goal) but rather to detach the extreme factions who favour military conflict from those who favour dialogue. The mediators’ theory holds that this approach will separate the moderates from the spoilers and allow the formation of an anti-extremist coalition.

The paradox of success
A bloc of moderates has actually been formed and more actors are willing to join the talks each week. And yet, it is this momentum for rapprochement which has put significant strain on the fundamental alliances which had previously held together the political and military wings of Dawn and Dignity.

Libya Dawn is gradually fracturing into two camps: one led by Misratan civic leaders who favour negotiations and the other led by rejectionist militia commanders and hardline jihadists who seek to derail the talks. As meaningful compromises appear more likely, the lengths to which spoilers will go to derail them increases. The attack on Corinthia by an ISIL-aligned group is likely to herald more terrorist outrages and possibly an intra-Islamist war.

This situation is mirrored in the Dignity camp. Most elected members of the parliament have been won over to the idea of dialogue, but General Khalifa Haftar’s army and the Federalist militias have not. Therefore, while a ceasefire is theoretically in place, Haftar’s men have claimed to retake a key base in Benghazi and the Federalists briefly declared a strike shutting down Libya’s last functional oil port. Both are attempts to score points before the bell – increasing the power of the armed movements relative to their political patrons.

Time to oust Haftar?
Tensions between Operation Dignity’s higher military echelons and members of Prime Minister Abdullah al-Thinni’s cabinet have reached new lows – with the Minister of Interior Omar al-Sinki declaring that Haftar should be marginalised. On the one hand, this seems a promising sign. Haftar is Libya’s most divisive figure. And many revolutionaries feel that the revolution won’t be complete until he goes.

As such, Haftar’s leaving Libya is the primary precondition that the Misratan moderates have articulated for participating in a national unity government. And yet, without Haftar, the Dignity camp will lack a clear cut military leader. This means that Dignity is now not only fighting Dawn, it is engaged in an internal polarising power struggle. In an attempt to prove his relevance before his erstwhile allies abandon him, the renegade general looks with increasing interest to Derna as a new arena for boosting his anti-jihadist credentials.

Over the next weeks, centrifugal forces within each block are likely to gain in strength, reducing the potential effectiveness of any negotiated bargain. Meanwhile, new tribal, regional, local, and militia stakeholders are likely to emerge demanding to be accommodated or to cause havoc.

In the wake of Gaddafi’s demise and the empowering climate of the post-Arab Spring chaos, Libya has too many chiefs and not enough Indians.