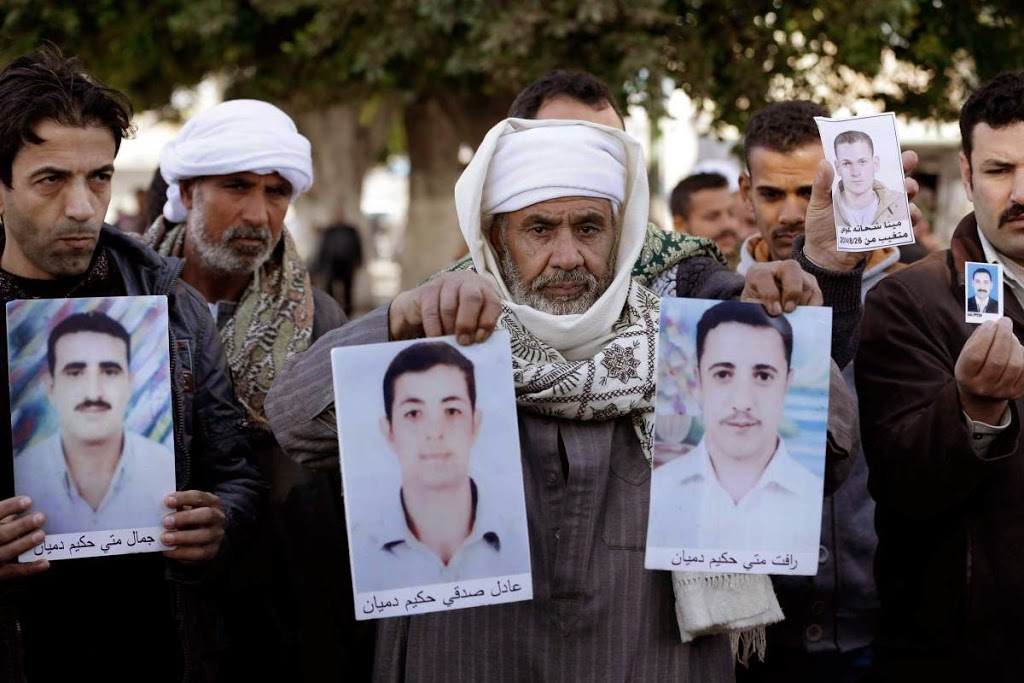 Egyptian President Abdul Fattah Al Sissi has ordered the evacuation of Egyptians in neighbouring Libya after reports that Daesh militants had threatened to execute 21 Christian Egyptians kidnapped in Libya more than a month ago.

Al Sissi ordered the government to carry out an emergency plan to bring home Egyptians who want to return from Libya, state television said on Friday.
The evacuation is Egypt’s second from the volatile neighbour in six months. In August, Egypt airlifted thousands of its citizens from Libya due to fighting between rival militias in the country.
In late December and early January, a total of 21 Egyptian Christians working in Libya were abducted in two separate incidents.
An online publication, affiliated to Daesh, on Thursday posted pictures of what it said were the seized Egyptians.
The abductees are shown in orange jumpsuits previously worn by hostages beheaded by the extremist group. According to the publication, the Egyptians were kidnapped by what it called “Soldiers of the Province of Tripoli” to avenge what it claimed is the Egyptian Church’s persecution of Christian women converting to Islam.
The pictures and messages have raised fears in Egypt that the victims will be executed.
“The presidency is following closely and with grave concern reports about the situation of the Egyptians kidnapped in Libya,” Al Sissi’s office said in a statement. It added that Egyptian authorities are contacting “official and non-official sides in Libya to clarify the situation”.
Relatives of the abducted Egyptians on Friday blocked a main street in central Cairo to pressure authorities to make more efforts to secure their safe release.
“We want our sons to return,” chanted the protesters holding the abductees’ pictures. “Where is their right?”
Egypt has a large community, mostly workers, in Libya, which has been hit by its worst strife since an armed uprising deposed the regime of Muammar Gaddafi in 2011.Source:  gulfnews