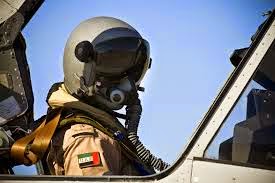 Lt. Col Hassan Ali Alanazi of the UAE Air Force said that his country is ready to ratchet up military operations against rebels and terrorists in Libya, Yemen, Somalia, Afghanistan and Syria, but wants more weapons from allied nations — including the United States.

The UAE, which has joined in global military operations in several nations, is currently partnered with Jordan, Saudi Arabia, Bahrain and the United States in a bombing campaign, dubbed Operation Inherent Resolve, to take out the Islamic State in Syria. But to be most effective, the UAE needs more aid, Mr. Alanazi said, United Press International reported.

“We want to increase our combat effectiveness with more weapons or advanced weapons that we’re looking for so we can do our job in a better way,” he said during a recent address at the Air Force Association’s Air Warfare Symposium and Technology Exposition in Orlando, Florida, UPI reported. “And I hope that by helping us, we’re helping the whole coalition forces.”

The UAE’s renewed interest in fighting the Islamic State comes after the terror group burned a Jordanian pilot alive.

“What we need from our partners today, for future exercises, is to concentrate on training the support aspects of the missions,” Mr. Alanazi said, UPI reported. “And what I mean by that is we need to concentrate on intelligence, maintenance, weapons, logistics — and it needs to be treated equally, like we treat the flying partner.”