You are here: Home / Senza categoria / Urban warfare in Tikrit: Islamic State in this moment use bombs and snipers to slow Iraqi Army offensive 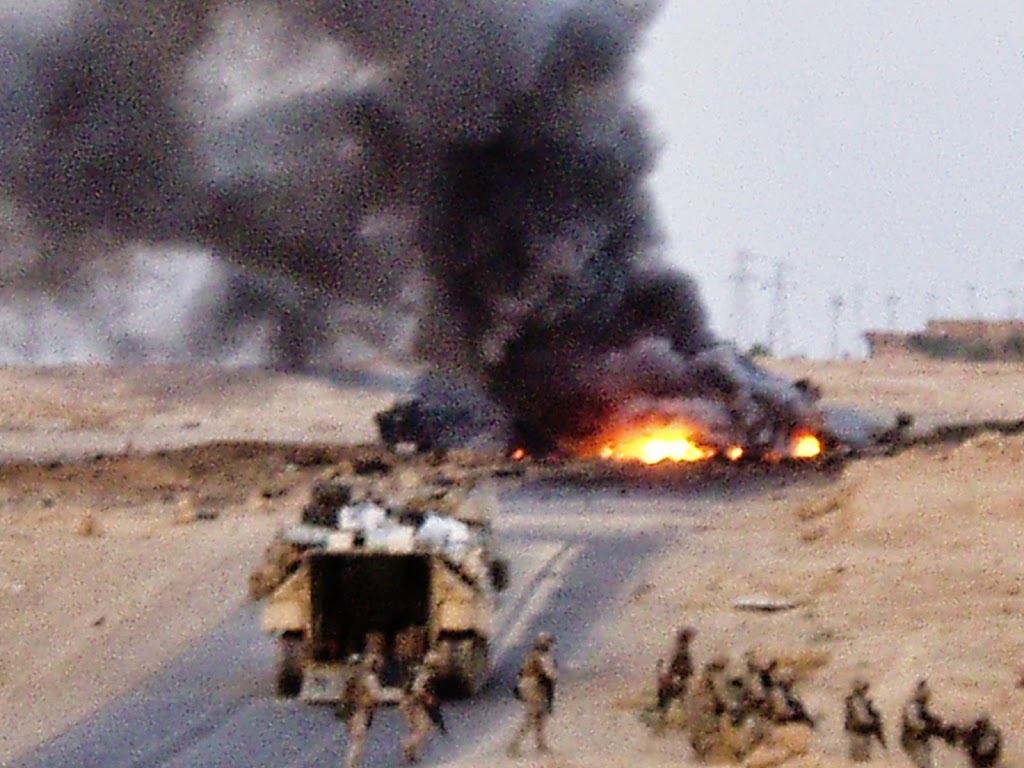 Iraqi forces closed in on Tikrit Tuesday, their progress slowed by jihadist snipers and booby traps, on the second day of Baghdad’s largest operation yet against the Islamic State group.

The government has mobilised a 30,000-strong force for the push to retake Tikrit made up of Shiite militiamen and Sunni tribesmen as well as troops and police.

Outnumbered and outgunned, the jihadists who have held Tikrit since June 2014 have been resorting to guerrilla tactics to disrupt the government’s three-pronged advance.

“They are using urban warfare and snipers, so we are advancing in a cautious and delicate way, and we need more time,” a lieutenant general on the ground told AFP.

Iraqi forces are moving on Tikrit from three directions, with units targeting the towns of Al-Alam and Ad-Dawr to the north and south, while another large contingent drives on the city from the east.

“We are close to Ad-Dawr, but Daesh is still in the centre,” the senior officer said, using an Arabic acronym for IS.

The jihadist group announced in a radio bulletin Tuesday that a US national from its ranks had carried out a suicide attack against Iraqi forces near Samarra, the other main city in Salaheddin province.

The attacker was referred to by his nom de guerre, Abu Dawud al-Amriki, but the claim could not be immediately verified.

The operation, the government’s largest since it started attempting to regain the ground it lost to jihadists last summer, was announced on Sunday by Prime Minister Haider al-Abadi.

Both Iraqi and Iranian media said Qassem Soleimani — the commander of the Al-Quds Force covert operations unit of Tehran’s elite Revolutionary Guards — was in Salaheddin province to help coordinate operations.

The recapture of Tikrit is of both strategic and symbolic importance.

Located about 160 kilometres (100 miles) north of Baghdad, it is the hometown of former president Saddam Hussein, the remnants of whose Baath party have collaborated with IS.

Military commanders have said Tikrit is a stepping stone for an even more ambitious operation aimed at retaking Mosul, the large northern city which has been the main Iraq hub of IS.

Analysts said the battle for Tikrit, which the government has already attempted and failed to retake several times, would be a test of how effectively such diverse fighting units work together.

“The battle for Tikrit and other towns in Salaheddin province will provide a mini-preview of what awaits further to the north in Mosul,” the Soufan Group intelligence consultancy said in a brief.

Tikrit and its surroundings are Sunni and some local tribes have been accused of involvement in the massacre of hundreds of new, mostly Shiite, recruits at a nearby base called Speicher in June.

Some leaders, including the powerful head of Iraq’s Popular Mobilisation units Hadi al-Ameri, have explicitly said the Tikrit operation would be an opportunity to exact revenge.

The UN warned that operations “must be conducted with the utmost care to avoid civilian casualties, and with full respect for fundamental human rights principles and humanitarian law.”

A senior US defence official had suggested last month that the Mosul offensive should begin in April or May, a move that irked Iraqi commanders who argued the timing was theirs to decide.

On Monday, US President Barack Obama’s envoy for the fight against IS stressed there was no timeline.
“The point about Mosul, or the point about any aspect of the counter-offensive, is less about the timing than about the preparation,” John Allen said.

Australia announced Tuesday it will send another 300 troops to Iraq in a joint mission with New Zealand to help prepare Iraqi forces for the fightback.

But Allen said that preparation was not just military but should also include measures to assist the affected population.Tents have been set up in Samarra to shelter civilians fleeing Tikrit and joining what the International Organisation for Migration says are 2.5 million people already displaced in Iraq.