You are here: Home / Senza categoria / United Nations envoy says Assad must be part of “political solution” in Syria 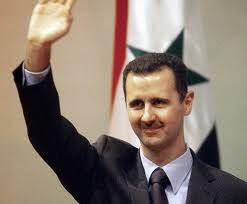 The UN envoy to Syria Staffan de Mistura said Friday any peaceful solution to the fighting in Syria must involve Assad. “President Assad is part of the solution,” de Mistura told a joint press conference with Austrian Foreign Minister Sebastian Kurz in Vienna.

“I will continue to have very important discussions with him,” he added, noting that “the only solution is a political solution.”

This was the first time a UN envoy on Syria explicitly named Assad as part of a peaceful solution after nearly four years of fighting between pro-government fighters and Western-backed rebels seeking the leader’s overthrow.

De Mistura, who was in Damascus this week where he met with Assad, is due to deliver a report on his mission to the UN Security Council on February 17.

If no solution to the conflict is found, “the only one who takes advantage of it is Daesh (ISIS),” de Mistura said, using the Arabic acronym for ISIS.

The group is a “monster waiting for this conflict to take place in order to be able to take advantage,” he said.
Kurz meanwhile agreed that “in the fight against ISIS it can be necessary to fight on the same side,” but insisted that “Assad will never be a friend or even a partner.”

“I am not talking about a final solution,” de Mistura told Reuters by phone. “That is something that only the Syrians, if you had asked me, would have to decide upon. The main point was he is part of the solution in reducing violence.”

Earlier, speaking at a news conference with Kurz, he had said: “There is a large part of Syria which is under the control of the Syrian government and I will continue having very important discussions with him because he is part also of the solution.”

In the interview, Assad also said that, in the fight against ISIS, “there is no dialogue” with the US-led coalition, which began airstrikes on ISIS-held regions in Syria in September, a month after it started targeting the jihadist group in neighboring Iraq.

Assad reiterated that the UN envoy must pressure all states to implement Security Council resolutions 2170 and 2178 on halting funding of “terrorists” and facilitating their flow into Syria.

De Mistura was hopeful that all sides would cooperate and back his proposed “freezing” plan in order to restore security to Aleppo.

Since October, de Mistura has been working on a plan to broker “local freezes,” starting in the northern city of Aleppo, to alleviate fighting that has killed more than 210,000 people in four years, 2,700 of them in January alone according to pro-opposition monitoring group the Syrian Observatory for Human Rights.

He has frequently said the northern city of Aleppo, Syria’s commercial hub before the war, would be a “good candidate” for such a “freeze.”

Aleppo, Syria’s second city, is at the heart of clashes between government forces and allied fighters and a range of insurgents which include Nusra, Islamist brigades, foreign fighters in other groups and Western-backed rebels.