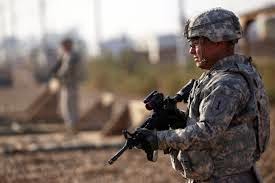 An attack on Ain al-Asad air base in Iraq on Friday was carried out by some 25 Islamic State fighters including several suicide bombers, some of whom evidently detonated their vests, the Pentagon said, cautioning that reports were still preliminary.

Rear Admiral John Kirby, the Pentagon press secretary, told reporters that most of the attackers, some of whom were in Iraqi uniforms, were killed by Iraqi security forces guarding the base, where U.S. troops are conducting military training.

He said no U.S. troops were involved and Iraqi forces suffered no casualties.