You are here: Home / Senza categoria / US Army used Apache to repel ISIS attack on Ein al-Assad base 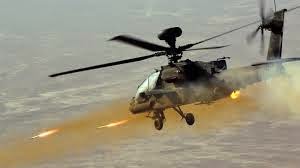 Military sources revealed that the US Army Apache helicopters were used in repelling ISIS terrorist attack of the on Ein al-Assad base in Anbar.

The sources indicated in comments to CNN, that Iraqi forces killed the attackers on the base before returning Apache helicopters to the base safely without fire
.
For his part, General John Kirby said that the attack reached the outer limits of the base and that it is being sought in the possibility of entering the attackers inside the air base, pointing out that most of the attackers, if not most of them were wearing Iraqi military uniforms