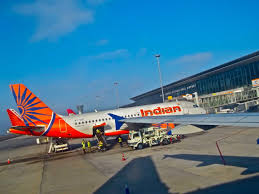 22 airports in four Indian states including Delhi have been warned of possible terror attacks, Indian media reported on Friday.

According to the intelligence reports, the authorities have confirmed high-security measures are being implemented.

It is reported that all Border States including held Jammu and Kashmir, Punjab, Rajasthan and Gujarat have been marked for a careful vigil.

Civil Aviation Security Bureau of India has also written to the police chiefs in each state, the CISF or paramilitary force which guard airports, as well as to state-run and private airlines alerting them to the security threat.

Intelligence agencies have warned of nearly 100 terrorists being prepped to cross the disputed border before winter sets in and the routes into held Kashmir are covered with snow.

A total of 27 such functional airports is being secured by other security forces like CRPF, India Reserve Battalions (IRBs) or state police units, keeping the designated aviation security force CISF out.