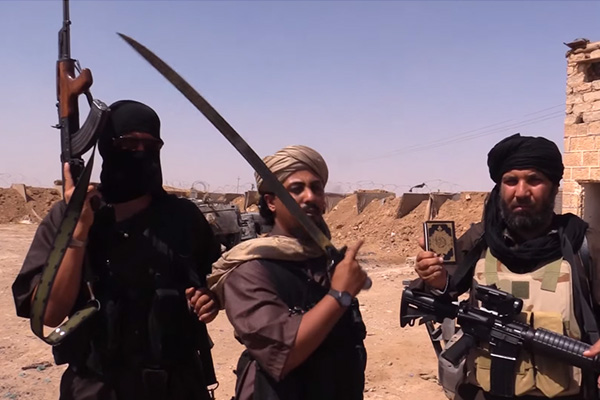 The Islamic State (Isis) has reportedly chopped off the hands of three women for using mobile phones, in their stronghold city of Mosul in northern Iraq.

In addition, five men are also said to have been flogged for using their phones – which the IS consider a crime.

“Today evening, the IS militants cut three women’s hands off for unknown charges,” an anonymous source in the Nineveh province told the Iraqi News, while later reports suggested they were punished for using cell-phones.

The source added: “They also whipped five people for using cell-phones to contact their relatives while standing on the celebration stage in the Cultural Compound in central Mosul.”

Over the past several months, the Iraqi Sunni extremist group has been establishing strict Islamic Shariah law in the territories they control in Iraq and Syria. Several people have been handed extreme sentences over their actions, which are usually considered sinful in Islam, including homosexuality.

The source, cited by the daily, who did not wish to be identified, added: “IS told the people of Mosul that it would whip anyone 30 times if they were caught using cell-phones.”

Earlier reports claimed that Islamists had knocked down mobile networks in their strongholds.