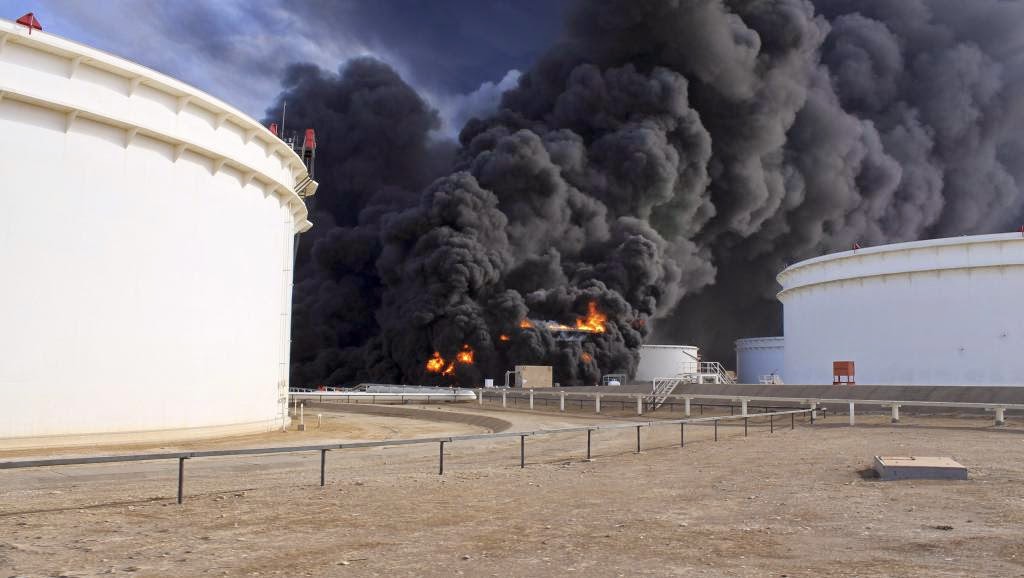 A bomb exploded at an oil pipeline from Libya‘s El Sarir field to Hariga port on Saturday, halting flows to the terminal as the North African OPEC nation struggles to restore crude exports battered by fighting.

Libya is caught up in a conflict among rival factions with two governments operating their own armed forces and separate parliaments, nearly four years after the civil war ousted leader Muammar Gaddafi.

No group claimed responsibility for Saturday’s bombing, but the country’s oil infrastructure, ports and pipeline are often the target of fighting or attacks by armed groups.

“A bomb exploded at a pipeline carrying crude between El Sarir oil field to Hariga port,” he said. “The firefighters are still trying to put out the fire. What happened is sabotage.”

A spokesman for the National Oil Corporation

said a tanker at been loading up on crude already at Hariga. But he said it could take up to three days to restore the pipeline.

Hariga had just reopened after a strike by guards there, but the country’s two main oil ports and their nearby fields are still closed after clashes between rival armed groups trying to the control them.

Libya’s oil production has fallen to around 350,000 barrels a day, a fraction of the 1.6 million bpd Libya used to pump before the NATO-backed 2011 uprising that ended Gaddafi’s one-man rule.