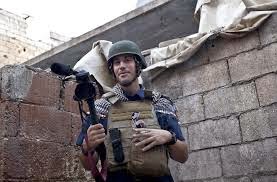 The Syrian revolution has displaced its elite. While some have fled the country or died, others have been arrested or kidnapped.

As many Syrian professionals fled their homes to escape imminent death or the unknown, amateur photographers and journalists emerged in their place to document the war, publishing their images and stories on social media.

They became citizen journalists because professional journalists were no longer able to work in the face of constant threats to their lives.

In the Syrian Kurdish city of Kobani, violent battles raged for months between the Islamic State (IS) and Kurdish forces, as the anti-terror alliance shelled IS sites.

The city was a wreck. Yet life went on in Kobani.

Journalist Mustafa Bali, head of the Free Media Union Office in Kobani, told Al-Monitor: “After IS tried to invade our city and its inhabitants were displaced to Turkey, the Kurds fought these groups courageously. But it was important to show the impact of their work, so we coordinated among each other [as journalists].

I personally oversaw relations with the international press to show the world the crimes against humanity that IS was committing. We faced difficulties reaching the Western press, as journalists feared for their lives when entering the city. We worked hard to protect them as much as possible.”

When Al-Monitor asked Bali why the Kurdish forces did not allow journalists to go deep into the battlefield, he responded: “Journalists come to obtain the news, but we do not want them to become the news. The Kurdish fighters are very careful when it comes to journalists so as not to jeopardize their lives.

When a journalist is allowed to enter the battlefield, a troop of fighters surround him to protect him in case of danger.”

In the northern Kurdish regions, dubbed Rojava or West Kurdistan, Kurdish authorities arrested and expelled journalists, with international organizations accusing the armed Kurdish groups of violating freedom of expression and the press.

Yet the situation remains dire. Throughout Syria, journalists are threatened and even killed for reporting on the war. Well over 100 journalists have been killed in the course of the conflict.

“We are trying as much as possible to protect our fellow journalists coming from the West, so they can fulfill their duties in our Kurdish cities, from Derik to Kobani,” Bali said. “Our forces are protecting them and are sometimes risking their lives for them. We have few capabilities, but still, we are making huge efforts to spread the news and interact with [them] within our capacity. We know mistakes are being committed, but compared with the situation in Syria, those mistakes are minor. So far, no foreign journalists have been at risk of death or abduction in our regions.”

IS attacks on Syria’s Kurdish regions have had a huge impact on local journalists. A group of Kurdish journalists from Kobani left the city and headed to Turkey, but Turkish forces detained them for 15 days, accusing them of siding with Kurdish forces. Journalist Perwer Mohammad Ali told Al-Monitor, “We left Kobani after IS shelled it with heavy weapons, and we headed to Turkey where the Turkish gendarmerie allowed us in. However, they later arrested the whole group that was with us, including children, women and elderly people. They put us in a public place, and we had to go on a hunger strike, awaiting release. We then decided to head back to our city and face our destiny, be it life or death. It was better than leaving the country.”

Female Kurdish journalist Dajla Ahmad of Hawar News Agency told Al-Monitor, “IS is a danger for all of humanity. Media professionals are always at risk. We even had to carry weapons to protect ourselves, and we would rather die than be detained by this organization. I carry a weapon to protect myself, not to fight or enter the battlefield. Some people face death once on the battlefield, but we face it every minute.”

On Dec. 15, 2014, IS kidnapped two Rudaw channel reporters, Farhad Hamou and Roudi Ibrahim, from the countryside near the northeastern city of Qamishli. Their fate remains unknown.

Journalists are targets in Syria’s war, though their only crime is the quest for truth and the transmission of information to the public.

Warring factions that do not believe in freedom of the press consider journalists legitimate targets. As a result, journalists can either flee their country or stand their ground in the face of the unknown.