You are here: Home / West Asia / 21 militants killed in airstrikes near Pak-Afghan border 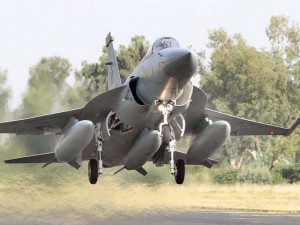 At least 21 militants were killed late on Wednesday in fresh airstrikes near the Pakistan-Afghanistan border.

Earlier on October 11, at least 22 terrorists were killed in air strikes by Pakistani warplanes in the North Waziristan tribal agency before dawn.

Six compounds of terrorists were decimated in the air raids in Shawal Valley, according to the military’s media wing. The strategic valley is located on the confluence of borders between North and South Waziristan agencies.

The military has been engaged in a massive operation, codenamed Zarb-e-Azb, in North Waziristan since mid-June 2014. Most parts of the agency, once a stronghold of local and foreign militants, have been purged of terrorists.

However, some militants are holed up in the thickly forested Shawal Valley, which is now regarded as the last bastion of militants. The military mounted a ground offensive in Shawal in August, this year, after softening targets with air strikes.