You are here: Home / Senza categoria / Nigerian president calls for US help against Boko Haram 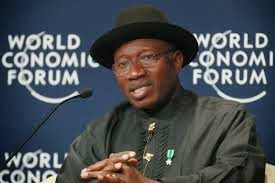 Nigeria’s President Goodluck Jonathan appealed for more help from the United States in fighting Boko Haram, as the Islamists struck again on Saturday and called for a boycott of upcoming general elections.

The head of state for the first time claimed direct links between the Sunni radicals who have been waging a six-year insurgency in Nigeria and the Islamic State group in Syria and Iraq.

He told the Wall Street Journal in an interview: “Are they [the United States] not fighting ISIS? Why can’t they come to Nigeria?” referring to the Islamic State group.