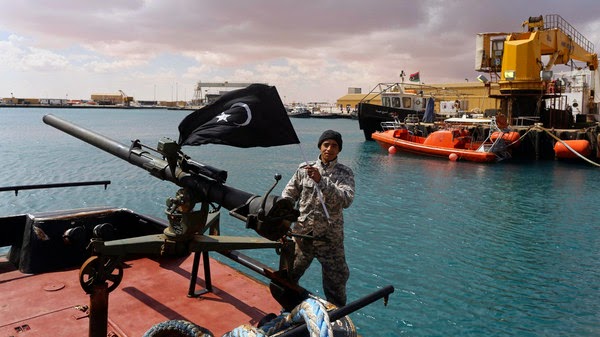 The build-up in Libyan violence reached a full-blown crisis for the oil and gas sector last week, adding support to a recovering oil market.

On Friday, after the seizure of a major oilfield during the week by one of the violent radical groups pushing the country toward chaos, Libya’s National Oil Corporation warned on its website that it would shut production at all of its oilfields if the country’s factional security forces were unable to provide adequate protection for its employees.

The Libyan crisis was one of the factors behind another big weekly rise in the oil price, with North Sea Brent crude futures finishing the week at US$61.52, a gain of 7 per cent on the week and up 32 per cent from the lowest point this year in mid-January.

Libyan oil production had already been severely hit by the violence in recent months. This month, the Paris-based energy watchdog, International Energy Agency, reported that Libyan crude oil production had fallen to 489,000 barrels per day in December from a high of 887,000 bpd in October. That production level may now be down as low as 200,000 bpd after a fire at a pipeline carrying crude to the port of Hariga, according to newswire reports.

On Friday, the Bahi oilfield was the latest to come under attack from one of the radical groups trying to seize control. The field is 59 per cent owned by NOC, with the American companies Marathon Oil, ConocoPhillips and Hess holding the remaining share.

“If these incidents continue, National Oil Corp will regrettably be forced to stop all operations at all fields in order to preserve the lives” of employees, the company warned on its website.

Libya, which has Africa’s largest proven oil reserves at about 48 billion barrels, was exporting 1.6 million bpd before the civil war in 2011, during which the dictator Muammar Qaddafi was overthrown.

The focus has turned to the Libyan disruptions while the oil market has been in recovery, but the turmoil there was largely ignored during the sharp downturn in the past few months. As the IEA reported last month, the losses in Libyan production were more than made up for by gains elsewhere within Opec, especially in Iraq, so that overall Opec production increased during the month by more than 140,000 bpd.

Julian Jessop, an economist at Capital Economics, said the record declines in oil rig usage in the US in recent weeks had probably been a bigger factor than Libya in the oil market’s bounce.

He does not expect the market’s momentum to last, but believes the sell-off has run out of steam.
“With declining rig counts in the US unlikely to have much impact on production just yet and seasonal demand weak, the rally in the oil price may falter soon. But the fears that oil prices would remain in freefall in 2015 have at least been confounded,” said Mr Jessop.