You are here: Home / MidEastGulf / 20,000 Iraqi soldiers prepared to re-take Mosul. Training has taken place at the Speicher base 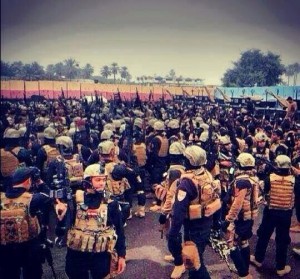 With the Iraqi army successfully checking Islamic State (IS) advances in northern and western provinces of Iraq, security sources have revealed that thousands of soldiers have been trained and are ready to liberate Mosul, the capital of Nineveh Province

Rasool said that now the Iraqi army has proved its ability to drive the jihadists back from a vast area, they will initiate plans for further advances

Major General Najim Abdullah al-Jabouri, commander of the anticipated operation to free Mosul, confirmed that the 20,000 soldiers have been training at the Speicher military base in Tikrit, Salahaddin Province.

Spokesperson for the Iraqi Joint Special Operations Command, Brigadier General Saad Maan, said that Beiji, in northern Iraq has been completely cleared of IS insurgents, and repeated offensives by the jihadists are being successfully repelled.