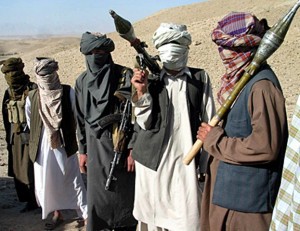 20 Taliban militants were killed in a U.S. airstrike and raids of Afghan forces in Kharwar District of central Logar province, south of Kabul, last night.

Police Chief of Kharwar District says that several villages have been cleared of the militants as the result of the military operation by Afghan forces backed by airstrikes.

A large number of weapons and ammunition was also seized by security forces during the operation, Brigadier General Dawoud Ahmadi said.

This comes as Taliban have ramped up their deadly campaign across the country.

A suicide car bomb explosion for which Taliban were blamed left 14 civilians wounded, some of them critical, in the capital of this province last month.

The Vehicle-borne Improvised Explosive Device (VBIED) was detonated when Pul-i-Alam City was crowded with people.