You are here: Home / Europe / 20 Tajik citizens arrested in Russia on suspicion of involvement in Hizb ut-Tahrir 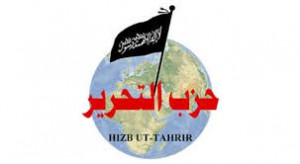 Twenty suspected members of Hizb ut-Tahrir organization, the activities of which are banned in Russia and Tajikistan, were detained in Moscow, reports the Interior Ministry of Russia.

The operation was held on the basis of the received information about the operation of Hizb ut-Tahrir organization. According to the Ministry of Interior, the members of the community engaged in recruiting people, distribution of the prohibited religious literature, as well as collecting funds to assist the militants of the armed forces.

All 24 addresses where lived the detained people were examined: bank cards were seized, a large number of extremist materials and other banned literatures propagating the change of the constitutional order of Russia and creation of the World Caliphate were found as result of the search operation.

Hizb ut-Tahrir is an international pan-Islamic political organisation. They are commonly associated with the goal of all Muslim countries unifying as an Islamic state or caliphate ruled by Islamic law (sharia) and with a caliph head of state elected by Muslims.
The organization was founded in 1953 as a Sunni Muslim organization in Jerusalem by Taqiuddin al-Nabhani, an Islamic scholar and appeals court judge (Qadi) from the Palestinian village of Ijzim. Since then Hizb ut-Tahrir has spread to more than 50 countries and by one estimate has about one million members.

Hizb ut-Tahrir is very active in the West, particularly in the United Kingdom, and is also active in several Arab and Central Asian countries, despite being banned by some governments. The group also has a growing presence in North America, known as Hizb ut-tahrir America, or HTA.