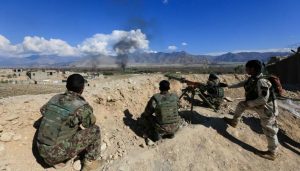 At least 20 Daesh militants were killed in Afghanistan’s eastern province of Nangarhar overnight as security forces continued in mopping-up operations, Xinhua news agency reported authorities as saying, according to bernama.com.

In one incident, 17 militants including two divisional commanders of the outfit were killed after the National Directorate of Security (NDS), the country’s primary intelligence agency, attacked their hideouts in Haska Mina district, the provincial government said in a statement.

Six militants’ defence positions and hideouts together with amount of weapons and ammunition were also destroyed by security forces, the statement added.