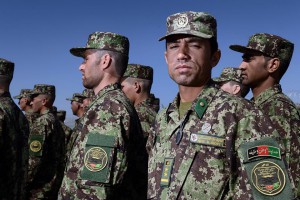 Afghan police backed by the army have killed 20 Taliban militants during a series of operations across the war-torn country over the past 24 hours, the Interior Ministry said in a statement released here on Monday.

During the operations which have been conducted in Nangarhar, Takhar, Faryab, Zabul, Logar, Ghazni, Paktiya and Helmand provinces, 13 more insurgents sustained injuries, the statement asserted.

It did not say if there were casualties on security personnel. Taliban militants fighting the government are yet to make comments.