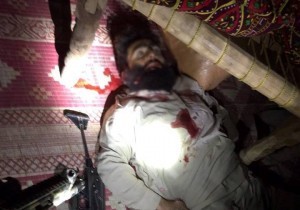 MoI in a statement said that the two Haqqani commanders identified as Omran Khan famous as Dr. Zakaria and Shahin who are originally from Pakistan were arrested during a operation in Nasafi village of Lalpur district.

MoI noted that two other insurgents identified as Zeyaull Rahman and Sarbulandd were arrested with four Kalashnikovs, a rocket launcher desire, 11 grenade launchers and ammunition.

The Haqqani Network is a Taliban subgroup that is closely allied with al Qaeda, and is also considered by the Pakistani government to be “good Taliban.”