You are here: Home / Mediterranean / 2 killed, 6 injured in explosion in Egypt’s North Sinai 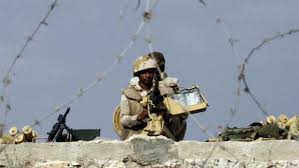 At least two persons were killed and six conscripts injured in a bomb explosion in the restive city of Al-Arish in Egypt’s North Sinai governorate, reports the Press Trust of India (PTI).

One civilian and a conscript died in the explosion which took place late last night, medical and security sources said.

The bomb was planted by unknown militants and went off when an armoured vehicle belonging to security forces passed by it in Al-Bahr street in Al-Arish city, the sources said.

A number of civilians in the area were also injured, they added.

Ambulances were rushed in to the place of the incident and the injured were taken to the hospital.

The area in which the explosion took place is also where the military prosecution building, Al-Ahli Bank and a police station are located.

Egypt’s North Sinai has witnessed many violent attacks by militants since the January 2011 revolution that toppled the ex-president Hosni Mubarak.