You are here: Home / Europe / 2 gunmen, 2 security officers killed in gunbattle in Russia 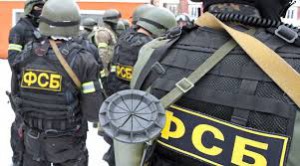 The National Anti-Terrorism Committee said that security services acting on a tip surrounded a house in Nazran in the province of Ingushetia where the two suspects were hiding. They refused to surrender and opened fire on security forces.

Both suspects were killed in Thursday’s firefight, and two officers of the Federal Security Service, the main KGB successor agency, also died.

An Islamist insurgency has spread across the North Caucasus after two separatist wars in Chechnya. While Chechnya has become more stable under the watch of a Kremlin-backed strongman, violence has spilled into neighboring provinces where security forces clash frequently with gunmen.