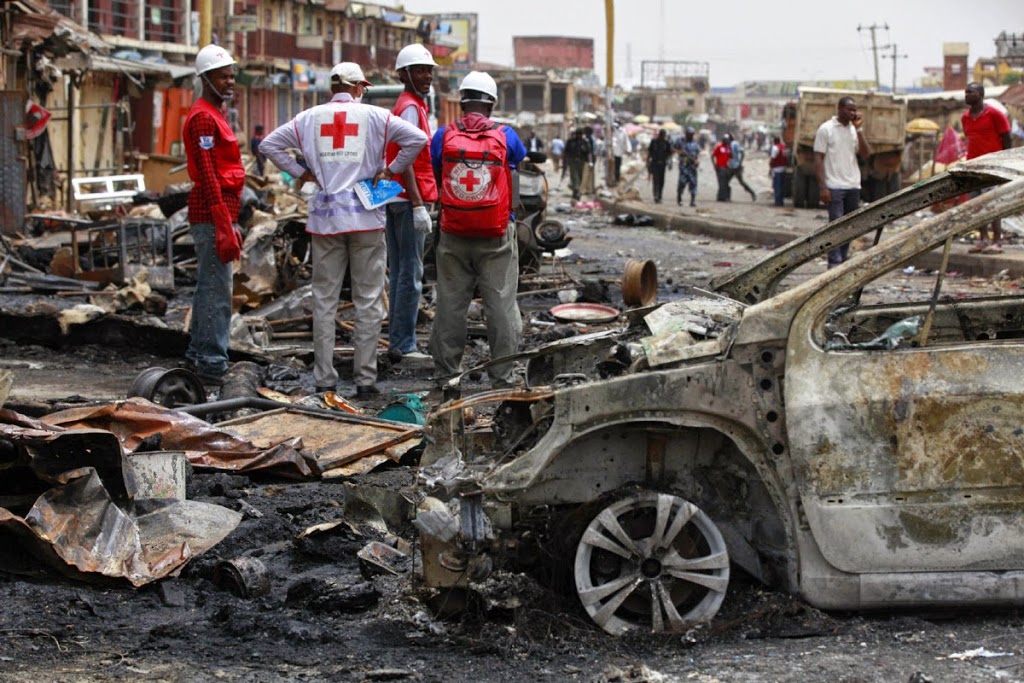 No fewer than 10 persons were confirmed dead and 31 injured on Sunday in a suicide attack carried out by a female suicide bomber, Yobe Police command has said.

The attack took place at the Damaturu Central Motor Park near a police station that was burnt in January by the Boko Haram insurgents.

The Police Public Relation Officer for Yobe State, Toyin Gbadegesin, said the bomber made several failed attempts to bomb the military outfit inside the park before she boarded a half-filled Sharon car in which she blew off herself, killing 10 others.

Gbadegesin said at about 12.10 hrs, Hijab-wearing female suicide bomber came into the park and went to the security vehicle there but was turned away after suspecting her movement.

“She then went to a commercial Sharon car that was half-filled and the bomb exploded.

“In the blast, 10 people were killed while the 31 others critically injured were rushed to General Sani Abacha Hospital in Damaturu.

“We have cordoned off the area while investigations are currently going on,” he stated.

The PPRO said the suicide bomber was about 21 years of age.