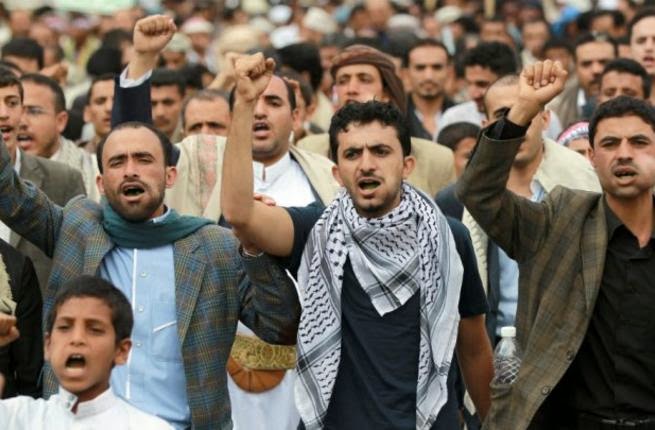 The United Nations passed a resolution Sunday that demands the Houthis relinquish their hold on Yemen’s government, according to the AP, a move that has pushed the country to the brink of a collapse.

The 15-nation council unanimously voted on the resolution in an emergency meeting, AP reported, after what Arab countries have been calling an “illegitimate seizure of power” by the rebel group. The resolution stated that the group should “immediately and unconditionally” withdraw its forces from the government but only calls for “further steps” if the Yemeni rebels fail to implement it, AP reported.

“It was clear the world was waiting for a powerful message from the UN Security Council,” British Ambassador Mark Lyall Grant told the council. “The Houthis must take responsibility for their actions and stop using violence and coercion as political tools.”

But the resolution does not grant the UN military power or provides specifics on sanctions against countries that hamper “the process of peaceful transition of power,” AP said. According to the AFP, the Houthis plans to remain defiant regardless of the UN’s demands. AP said previous UN-led talks in Sanaa “have made little ground.”

The Shiite militant group took control of the capital in September and forced Western-backed President Abd Rabbuh Mansur Hadi to resign. Since then the UN has refused to legitimize Houthi powers and their newly formed constitutional declaration for the country.