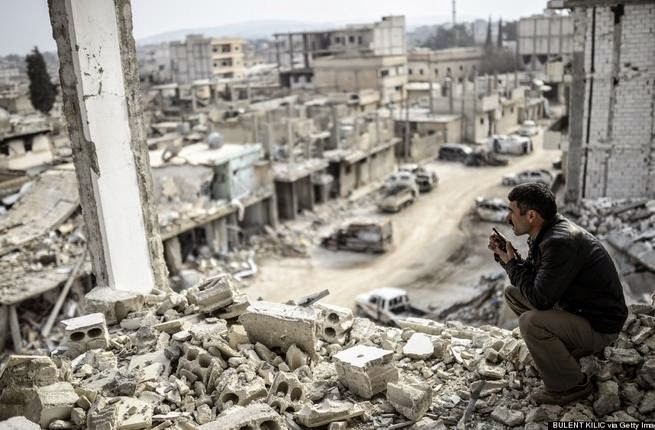 Battles between ISIL terrorists and Kurdish forces near the Syrian town of Kobani have left at least 35 militants killed.

The militants suffered the casualties in three separate clashes in the northern Syrian province of Aleppo on Sunday.

According to the so-called Syrian Observatory for Human Rights, 22 of the militants were killed in battles on the border between Aleppo and Raqa province.

Fighters from Kurdish People’s Protection Units (YPG) have been engaged in mop-up operation around Kobani since January when they recaptured the town from the militants.

The liberation of the strategic town, which is also known as Ayn al-Arab, marked a significant breakthrough for the YPG after nearly four months of fighting with the terrorists.

However, Sunday clashes was the first time YPG fighters approached the edge of the Raqa city right close to the area which is regarded as the de facto capital of the militants.

According to reports, the fighting between Aleppo and Raqa was one of the heaviest confrontations between the two sides in months.

Other ISIL militants were killed in clashes close to Kobani, while international coalition airstrikes also backed the attacks against the, the observatory said.

Syria has been grappling with a deadly crisis since March 2011. The violence fueled by militant groups has so far claimed the lives of over 210,000 people.

The ISIL terrorists have also expanded their battles into the neighboring Iraq, where they engaged in large-scale violence against the civilian population.