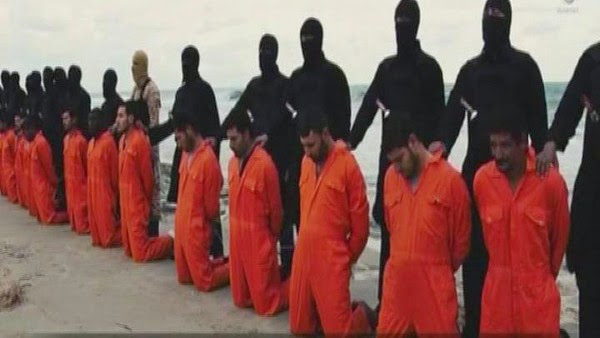 Al Azhar, Sunni Islam’s top body, has condemned the horrific and barbaric crime perpetrated by the terrorist organisation, Daesh, against 21 innocent Coptic Egyptians in Libya, stressing that this barbaric crime has no relationship whatsoever with any religion, and saying that these crimes come from ‘sick minds that seek to spread chaos throughout the world, through the killing of innocent people for no reason’.

Al Azhar last night stressed the need for the international community to take effective measures against this terrorist organisation and its ugly crimes to achieve justice, calling on all Egyptians to be alert and to be united in the face of terrorism.

Al-Azhar offered condolences to Pope Tawadros II of Alexandria and to the victim families of terrorist incident.