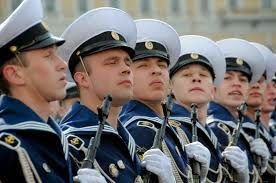 Russia and Egypt have agreed to hold a naval exercise in the Mediterranean and an anti-terrorist exercise of their rapid reaction forces, the Defense Ministry’s press service said, according to TASS.

As it has been explained, Defense Minister Sergey Shoigu and the Egyptian Minister of Defense and Military Production Sedki Sobhi reviewed the results of military cooperation last year and considered the outlook for cooperation this year.

“The parties agreed to go ahead with the practice of inviting Egyptian military to Russian military exercises in the capacity of observers and also to hold a naval exercise in the Mediterranean and an anti-terrorist exercise of rapid reaction forces,” the Defense Ministry’s press service has said.

Shoigu invited his counterpart to delegate Egyptian military to the international army sports games and the forum Army-2015, to be held in Russia.

Sobhi arrived in Russia on February 28. On Wednesday, March 4 he will meet with Shoigu again at the first meeting of the bilateral commission for military-technical cooperation.