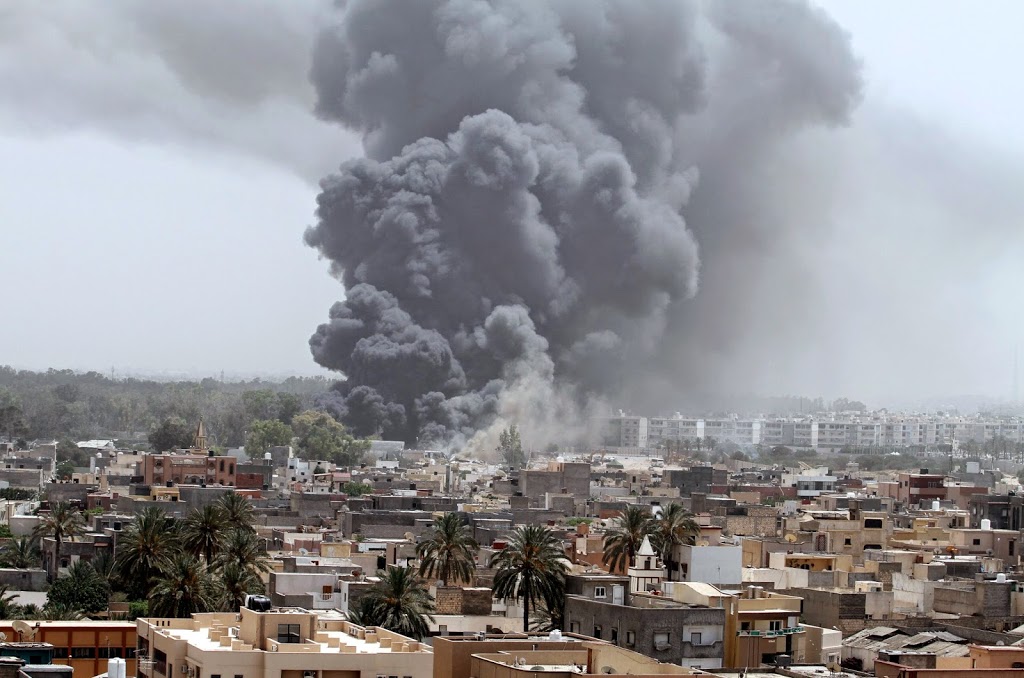 Bashir al-Dersi, an alleged major leader of alleged terrorist groups in Libya, was killed in the area of Bab Shiha in the Egyptian airstrike on the port city of Derna, Libyan sources told Youm7 Monday.

Dersi’s home was identified in coordination with the Libyan army, the sources said.

Earlier, commander of the Libyan Air Force Sakr al-Jeroushi told Youm7 around 55 “militants” were killed in the strike early Monday, hours after the Islamic State group (IS) released a video of a mass beheading of 21 Egyptian Christians.

Four areas in Derna were targeted; Bab Shiha, Dafesh, and Shaeri were hit for being the site of a communications center and training centers used by “terrorists” and some buildings used as weapons warehouse, Jeroushi said.

Derna, which is close to the Egyptian western border, houses fighters who arrived from Syria, Iraq, Sudan and Mauritania, according to Jeroushi.

The strike https://www.youtube.com/watch?v=huRFnWwiLAA comes after information on the locations of “terrorist groups,” specifically those who killed the 21 Egyptian men, Jeroushi said, adding that the attack is “in line with United Nations standards.” Groups affiliated with the Islamic State group took over Derna in October 2014.

Jeroushi denied that civilians were affected in the strike, as the Libyan forces had “informed civilians” in Derna to distance themselves IS’ camps.

One family, the Dhanni, was warned after discovering anti-craft guns on their rooftop, but they did not respond to the warning and thus his home was targeted, Jeroushi told Youm7, adding that losses worth $1.5 billion were inflicted upon the “terrorist groups.”