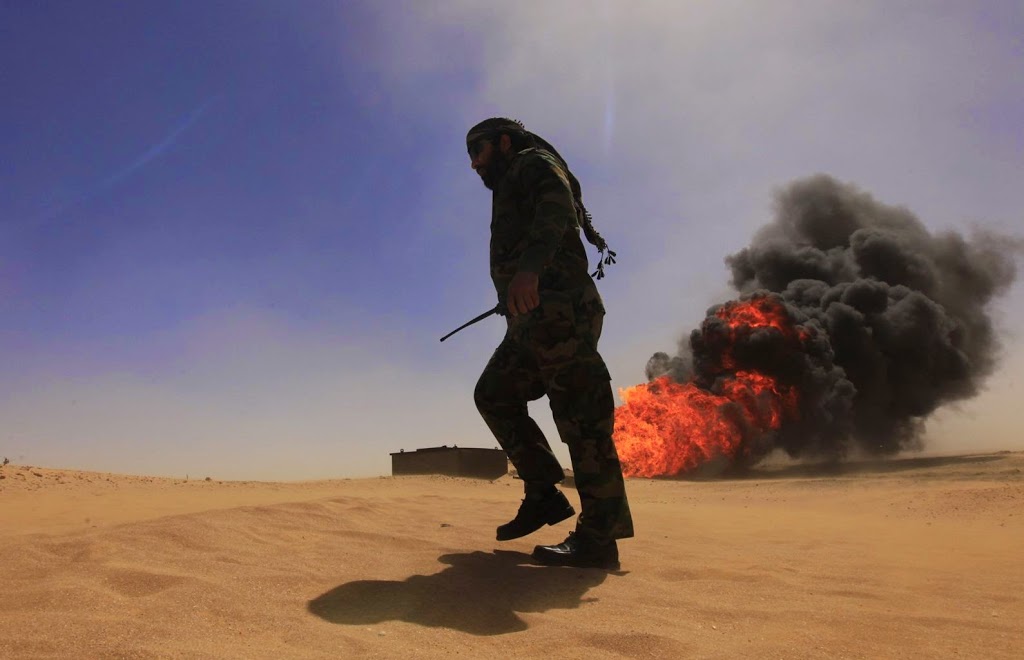 Libya’s National Oil Corporation urgently called for more official protection for its installations after an oil pipeline from its El Sarir field was sabotaged, halting flow to Hariga port.
In a separate incident, gunmen stormed government buildings in the coastal city of Sirte, forcing officials out at gunpoint and taking over administrative offices and television and radio stations, the state news agency said.
No group claimed responsibility for Saturday’s pipeline sabotage, but oil infrastructure, ports and pipelines in the North African OPEC member state are often targets of attack.
Libya is riven by conflict, with two rival governments operating their own armed forces under separate parliaments, nearly four years after the civil war that led to the overthrow and death of leader Muammar Gaddafi in 2011.
The fighting also involves Islamist militant groups, former rebels, soldiers who fought for Gaddafi, and tribal and federalist factions often pursuing local causes.
In addition to the El Sarir sabotage, the National Oil Corporation said in a statement that gunmen had also tried  to attack the Bahi oil facility in central Libya, but did not cause any damage.
“The NOC warns that the number of oil installation guards currently in the fields is not enough to protect them and to address such attacks,” it said.
No more details were immediately available about the attack in Sirte, where several Islamist militant groups are active.
Hariga oil terminal supervisor Rajab Abdulrasoul told Reuters the El Sarir pipeline was hit at around 5 am igniting a blaze and shutting of the flow to Hariga port.
“Hopefully, they will be able to control the fire as soon as they can,” he said. He had earlier said the incident was a bomb attack, but later said it was sabotage and a fire.
An NOC spokesman said a tanker had been loading up with crude at Hariga. He said it could take up to three days to restore the pipeline.
Hariga had just reopened after a strike by guards there. The country’s two main oil ports and nearby fields are still closed after clashes between rival armed groups trying to gain control of them.
Libya’s oil production has fallen to around 350,000 barrels a day, a fraction of the 1.6 million bpd Libya used to pump before the NATO-backed 2011 uprising that ended Gaddafi’s rule.
Apart from fighting between the two rival factions vying for control of Libya, militants claiming ties to Islamic State extremists in Iraq and Syria have also said they carried out several recent attacks.
Two gunmen attacked Tripoli’s Corinthia hotel last month, killing nine people, including five foreigners, in an attack claimed by militants who said they were loyal to Islamic State.
Earlier this month, gunmen killed 12 people south of Sirte, among them two Filipino and two Ghanaian nationals, after storming a remote oilfield. Officials said most of the victims were beheaded or shot.
French and Libyan officials said Islamic State militants were behind the attack on the oilfield, in which France’s Total has a stake, but which is operated by a Libyan company.
Source:  tradearabia.com