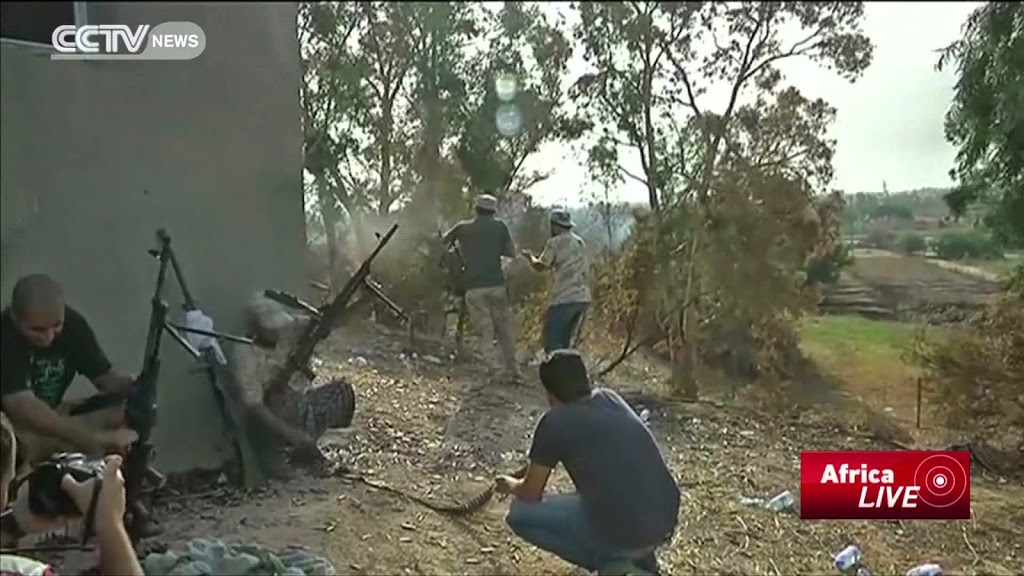 The beheading of 21 Egyptian Christians by Islamic State’s affiliate in Libya is giving impetus to calls for a broader military action to crush Islamist militants in the oil-rich country.

Italy, Libya’s former colonial ruler, said it would consider military intervention under a United Nations mandate. Egypt, which bombed Islamic State targets in Libya Monday, urged the U.S.-led coalition against the al-Qaeda breakaway group to expand its operations to Libya and to end an arms embargo on the internationally-recognized government there.

A power struggle between Islamists and the elected Libyan government has divided the country, driving it further into chaos and forcing most of the remaining foreign nationals to head home. Italy is ready to send more than 5,000 soldiers under a United Nations mandate to stop Islamic State, “which is now 350 kilometers from our shores,” Foreign Minister Roberta Pinotti said in an interview published Sunday in newspaper Il Messaggero.

In the video purporting to show the execution of the Coptic Christians, one of the militants refereed to Libya as the land of Islam “south of Rome.” “O crusaders, safety for you will be only wishes,” he says.

The U.S. began airstrikes against Islamic State targets in Iraq in August, two months after the group seized Mosul, Iraq’s biggest northern city. In October, Arab countries including Jordan, the United Arab Emirates and Saudi Arabia formed the biggest Arab-U.S. military coalition in more than two decades to bomb the group in Syria.

The U.A.E. said it will support Egyptian President Abdel-Fattah El-Sisi in his fight against terrorism. U.A.E. Ambassador to the U.S. Yousef Al Otaiba, in an opinion piece in Politico magazine on Monday, said airstrikes won’t be enough to stop Islamic State in Iraq, Syria or elsewhere.

“While the U.S.-led coalition has been decisive in helping to blunt ISIL advances from the air, what happens on the ground will matter most,” he wrote, using another acronym for the group. “The lesson is that boots on the ground are critical and that we must move more urgently to train, equip and deploy local forces.”