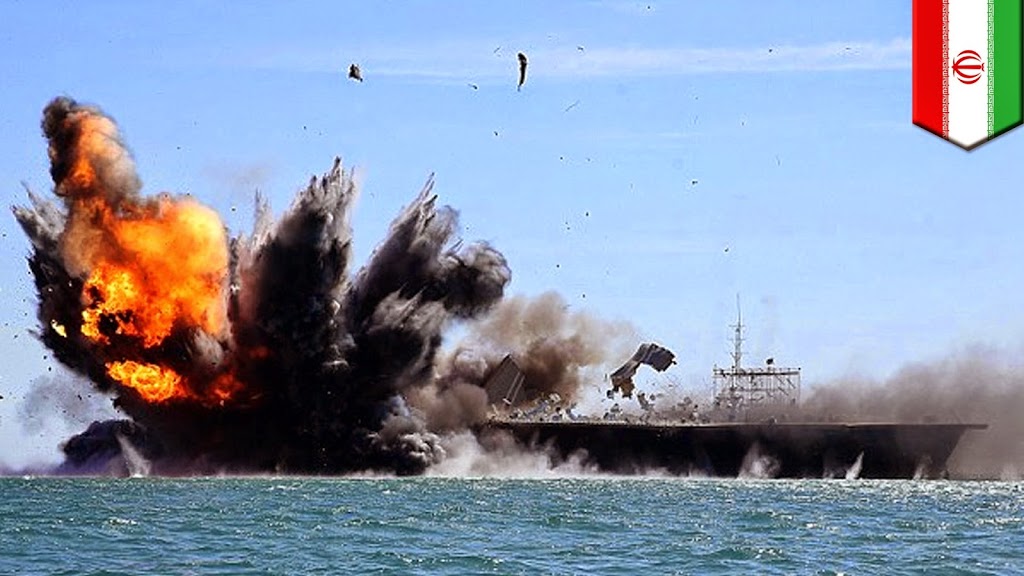 Last week, Iran held multi-day naval exercises in the Persian Gulf in which a mock US aircraft carrier was attacked using a variety of missiles and speed boats.

The drills, named the “Great Prophet 9,” in the strategic Strait of Hormuz, was not only covered by Iran’s print and online media but also received extensive coverage on national television.

The head of the Islamic Revolutionary Guard Corps Mohammad Ali Jaffair praised the exercises, as did 220 members of parliament in a joint statement.

In an editorial in Reformist Shargh Daily, Gen. Ramezan Sharif, the head of public relations for the Islamic Revolutionary Guard Corps (IRGC), explained the reason for the exercises and why they were made public to the media coverage.

Thanking the national television, news agencies and newspapers for their coverage, Sharif claimed, “This is the first time in our exercises that a psychological and media operation was conducted within a military” context.

He wrote that Iran has conducted a number of drills, exercises and training missions before without sharing them with the media in order to prevent their “battle techniques and new weapons” from being exposed to foreign countries.

However, “under special conditions, with the request from the National Security Council and the General Staff of the Armed Forces of the commanders of the IRGC,” information can be shared with the public.

According to Sharif, in two of the three days of the Great Prophet 9 drills, “parts of the naval, ground and air capabilities” of Iran were shown. Given the tensions in the Middle East between Iran and regional countries, particularly Arab neighbors in the Persian Gulf, Sharif noted that the exercises was not aimed at them.

“The drill was designed on the likely scenario of the military behavior of non-regional countries and sworn enemies of Iran,” he wrote. At the moment, both the United States and France have aircraft carriers in the Persian Gulf.

Addressing the regional concerns and tensions with neighboring countries, Sharif clarified, “so that American psychological warfare does not become active in creating Iran-phobia within regional countries,” the operation used a replica ​of the type of aircraft carrier that regional countries do not have access to and only countries outside of the region use.

According to Sharif, the exercises sent a “clear and strong message” to Iran’s enemies to not continue their insistence that all options stay on the table. Western officials have repeatedly said during the nuclear talks with Iran and the possible collapse of the talks that all options are on the table, meaning including the military option against Iran.

Sharif added that the Great Prophet 9 military exercises “warmed the hearts of the people and the officials of the country, especially the nuclear negotiators, to defend the country’s rights with strength.”

According to Fars News, new arms were introduced in these exercises. IRGC Navy Commander Rear Adm. Ali Fadavi said, “The entry of this new arm has a very determining role in increasing our naval power to confront threats against the Islamic Revolution and more specifically the Great Satan America.”