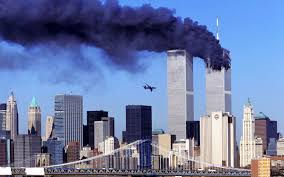 Eighteen years after the al-Qaeda terrorist attacks of September 11, 2001, the group has evolved significantly and looks much different today than it did nearly two decades ago. Osama bin Laden was killed in May 2011 and the group has been led since then by Ayman al-Zawahiri, like reported by soufangroup.com.

Bin Laden’s long-time former deputy has overseen a tumultuous period for al-Qaeda, from the rise of the so-called Islamic State to the more recent death of Osama’s son and heir apparent, Hamza bin Laden, whose death was recently revealed following a U.S. attack that occurred at some point over the past several years. Zawahiri has led the group’s expansion, establishing relationships with al-Shabaab in Somalia, Jabhat al-Nusra in Syria and al-Qaeda in the Indian Subcontinent (AQIS) in South Asia.

The influence of al-Qaeda core and its senior leadership hiding in Pakistan has been reduced, while franchise groups have grown in prominence, including that of Al-Qaeda in the Arabian Peninsula (AQAP), Al-Qaeda in the Islamic Maghreb (AQIM) and its various offshoots operating throughout the Sahel, AQIS, al-Shabaab, and Hurras al-Deen (HAD), al-Qaeda’s representative in Syria. In many ways, AQAP has proven itself as the model for how al-Qaeda wants its affiliates to function.

Once it was in control of territory, AQAP launched public works projects in the areas under its control, including refurbishing water wells and fixing damaged infrastructure, while also providing basic necessities to the poorest citizens. AQAP has also managed to cut deals with nation-states, including the United Arab Emirates, which has been accused of colluding with the militants in Yemen’s civil war. Bahrain also reportedly cooperated with al-Qaeda militants to target Shia dissidents in that country, making it clear that in some parts of the world, governments and security services still view the terrorist group as a viable partner in certain situations.

Al-Qaeda boasts more than 40,000 members worldwide today and relies on the ideology of ‘bin Ladenism’ and internecine sectarianism to recruit new members. And while this expansion covered territory stretching from the Horn of Africa to South Asia, the story of post-bin-Laden al-Qaeda has primarily been driven by the group’s attempt to remain relevant in Syria and its competition with the Islamic State. Al-Qaeda has consistently attempted to portray itself throughout the Middle East as the moderate alternative to the Islamic State, and in many ways, this image makeover has been successful—al-Qaeda-linked groups have secured direct and indirect state support in both Yemen and Syria.

In both its propaganda and internal communications, al-Qaeda has warned against failing to heed essential lessons from failed jihadist campaigns in Algeria and Iraq, where draconian measures alienated local populations. Following the Arab Spring, bin Laden instructed his organization to take advantage of the opportunity to focus on grassroots organization and cultivating relationship with local groups. Over the past several years, al-Qaeda leadership has released a steady stream of messages that reiterated the importance of the group’s global struggle and urged its followers to launch strikes against the West, especially the United States.

A recent study by the United Nations assessed al-Qaeda’s links to groups in Syria and concluded that Hurras al-Deen maintained an ‘international outlook,’ suggesting the group’s interests in operating beyond the Syrian theatre. What this demonstrates is the ever-changing nature of the threat posed by al-Qaeda, once a group based in Afghanistan and now a decentralized, yet incredibly resilient global network with new affiliates capable of conducting external operations and spectacular attacks.